By Marvin Jules on January 7, 2016 in Articles › Sports News

If you're like most people, your New Year's Day was probably a pretty relaxing affair. After a long night out on the town or staying up watching the ball drop, you may have just had a stress-free day of that consisted of sitting on the couch, gorging yourself with snacks, and watching college football all day. One of the most exciting games of the year took place on New Year's Day, a double overtime 47-41 victory by the TCU Horned Frogs over the Oregon Ducks in the Alamo Bowl, which included a mind-blowing 31 point comeback by the victors. While many who watched the game were thoroughly entertained, it turns out that there was much more at stake than television ratings and a trophy.

Las Vegas sportsbooks were shaking in their boots by halftime of the TCU/Oregon matchup. The Ducks held a commanding 31-0 lead at half, and it didn't look like the Horned Frogs had any hope of coming back. After all, Football Bowl Subdivision teams were a stunning 0-1463 when trailing by at least 31 points at any point in any game since the 2006 bowl season, according to ESPN Stats & Information. Millions of dollars were on the line, as many parlay bets were still alive as a result of the fact that favorites covered the spread for the first seven bowl games of the day. In addition, the point spread for the game was as high as -8 after TCU's starting quarterback Trevone Boykin was suspended for the game as a result of an altercation he had at a bar early last week. In total, about 80 percent of the money wagered on the game was put on Oregon. And for a while, it looked like Oregon was going to run away with the with the victory, causing sportsbooks across Vegas to lose millions of dollars. 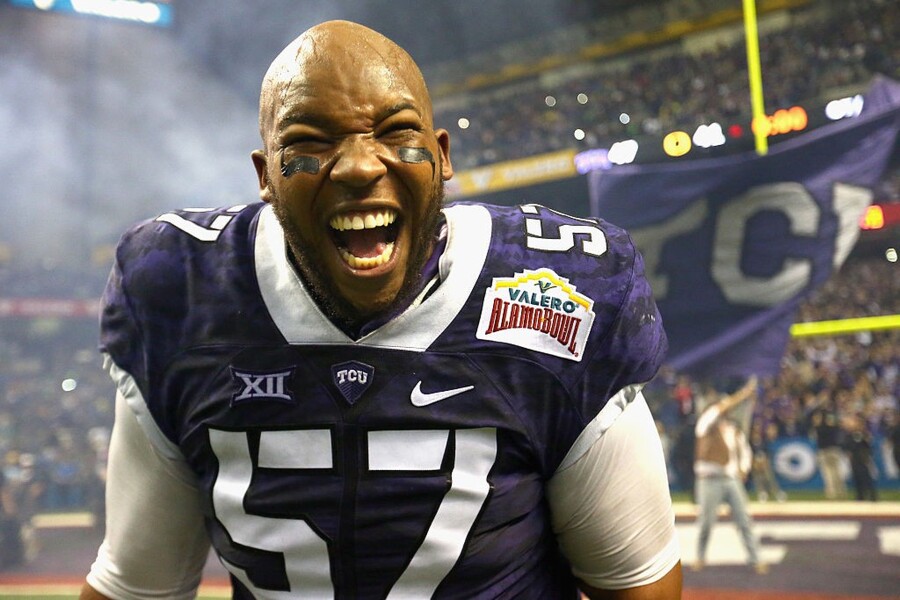 "They were dead," said William Hill, director of trading Nick Bogdanovich of TCU. "Oregon was doing whatever [it] wanted. All you can do at that point is get the money ready to pay." Said CG Technology VP Jason Simbal, "I turned it off."

But then something amazing happened. TCU backup quarterback Bram Kohlhaussen led the Horned Frogs to the second largest comeback victory in the history of college football. As a result, the fortunes of sportsbooks across Vegas changed dramatically. According to Chuck Esposito, the sportsbook director for Station Casinos, TCU's victory "saved the day." MGM, William Hill, CG Technology, and the SuperBook all reported six-figure swings in their favor as a result of the Horned Frogs' victory.

Some of those directors may want to take those TCU players out to dinner as a result of the victory. Oh, but that would be deemed as inappropriate benefits by the NCAA, wouldn't it…