A few weeks ago, the Golden State Warriors offered Harrison Barnes an extension that would have paid him $16 million a year. He turned it down.

Wait, what? Is he nuts?! Barnes has never averaged more than 30 minutes a game in his career, and even with his best statistical season last year, he still finished with just 10.1 points and 5.5 rebounds per game. Most fans and scouts alike would say he's likely the fifth or sixth best player on his own team, and while an important contributor, he could be fairly easily replaced. He's also only made $8.7 million over his first three seasons in the league. The offer from the Warriors was nearly double that EVERY SEASON!

Yet Barnes turned down the contract that would have made him the highest-paid player on the roster. More than All-Star Klay Thompson, more than NBA Finals MVP Andre Iguodala, and WAY more than reigning regular-season MVP Steph Curry, who's on one of the best bargain contracts in the league.

Most casual observers would deduce that Barnes is crazy for doing this, but it actually may be the start of the new norm in the NBA. With the salary cap set to explode in the coming years, young players near the end of their contracts aren't always taking the guaranteed money now. They're holding out for a bigger piece of the pie–since the NBA's new broadcast deal kicks in next year, the salary cap should skyrocket. And a higher cap means more money to dish out to players.

Max deals are always a percentage, based on how long a player has been in the league. In Barnes' case, he can make up to 25% of the salary cap. Right now, that's about $16.4 million. Next year, with the cap projected to hit $89 million, that percentage would leap to $22.5 million. Barnes is banking on himself to have another solid season this year and ultimately earn more than $6 million extra every season by signing a contract next off-season. 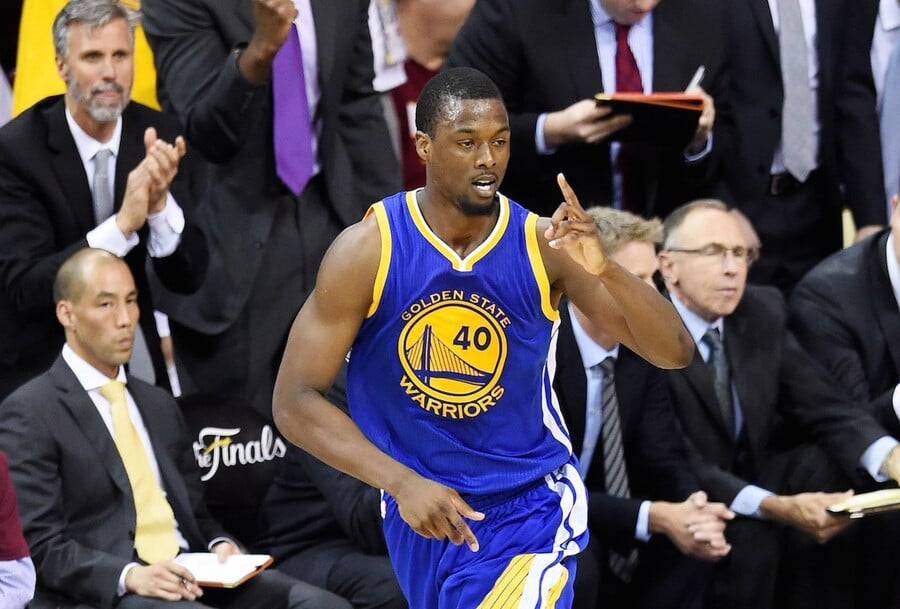 It's a bold move, and the NBA has seen both successes and failures come from it. Just this past off-season, Jimmy Butler turned down a four-year, $40 million contract extension. It turned out to be the smartest gamble he's ever made, as he just inked a five-year, $95 million deal instead after playing out the last year of his rookie contract before signing his extension. And Sixers rookie K.J. McDaniels signed a unique contract right out of the draft; while his fellow Class of '14 second-round draft picks are toiling away on modest, unguaranteed deals, McDaniels is celebrating with a three-year, $10 million deal.

Of course, it's very easy for this to go wrong, too. J.R. Smith declined his player option with the Cavs, which would have paid him one year, $6.4 million. Surely Smith was expecting someone in the market to want his services. But nobody came calling, and he'll likely end up still re-signing with the Cavs… just for less money than he initially turned down.

And the biggest example of betting on oneself gone wrong is Latrell Sprewell. He famously held out, passing on a three-year, $21 million contract extension with the Timberwolves, because he said he had "a family to feed." That turned out to be his last season in the NBA, even though he probably still had a few good years left in him.

Barnes' gamble is an interesting mindset for players to take. With that salary cap continuing to balloon, players really can make out like bandits. We'll see if Lady Luck is on Barnes' side.