If Gus Malzahn Gets Fired By Auburn This Year, How Much Money Can He Make?

When Gus Malzahn took over as head coach at Auburn after the 2012 season, he inherited a team that had won just three games the year before, but was still just three seasons removed from a national title.

Malzahn promptly took Auburn back to the National Championship in his first year at the helm, losing to Florida State 34-31 in the final BCS National Championship Game. But now, three years later, he's finding himself on the hot seat. After disappointing 8-5 and 7-6 seasons in 2014 and 2015, respectively, Auburn has started 1-2 for the second straight year. And it might mean Malzahn is on thin ice.

Auburn has a big decision to make, though. If the school lets Malzahn go after this season, he'll get $8.95 million over the next four years. Thanks to a clause in his contract, he'd be owed $2,237,500 for every remaining year on his deal if he's fired without cause.

That would be the largest coaching buyout in Auburn University athletics history, even more than the $7.5 million Malzahn's predecessor Gene Chizik received. Chizik got his money in monthly payments of just under $210,000, though it's unclear if Malzahn would get a similar payment plan if he's let go. 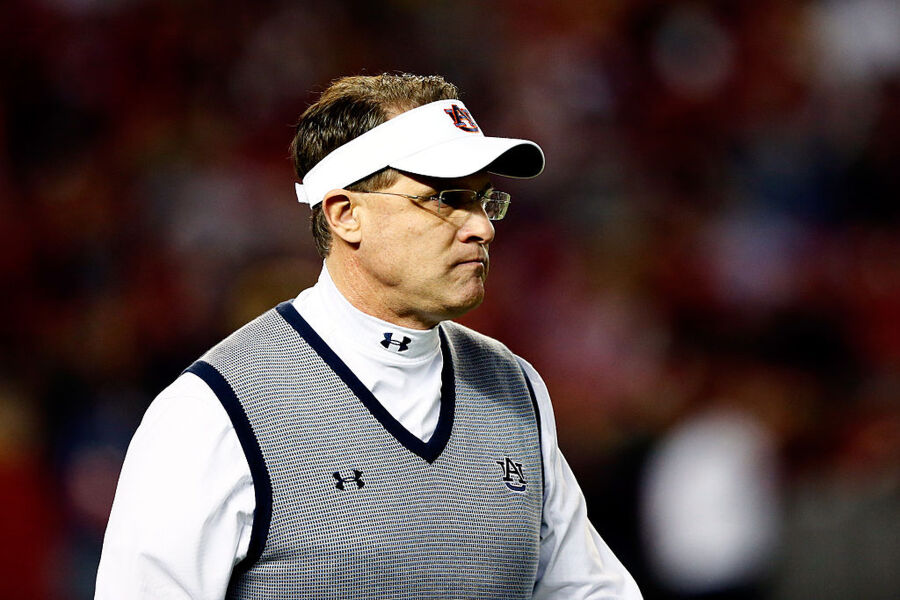 Malzahn got a contract extension this past summer from Auburn athletic director Jay Jacobs, who also gave the coach a public vote of confidence. This came just months after Jacobs said there was "no excuse" for the Tigers' 6-6 regular-season record.

While buying out the remainder of Malzahn's contract would be expensive enough on its own, Auburn also has to consider the seven other coaches with multiple years remaining on their contracts, including both coordinators and five position coaches.

If Malzahn is let go, Auburn is likely on the hook for the total of these coaches' salaries as well – tack on another $4.845 million and the school's athletic department would owe $13,795,000 in payments.

Last season, Malzahn was the 13th highest-paid head coach in college football. Two of the coaches higher on the list – Georgia's Mark Richt (now with Miami) and Baylor's Art Briles – were fired this past offseason. In addition, only two higher-paid coaches – Texas coach Charlie Strong and Penn State's James Franklin – have a lower winning percentage at their respective schools than Malzahn.

Life in the SEC is never easy, but after starting his Auburn tenure with a 17-2 record, Malzahn's Tigers haven't even played .500 ball. Luckily, if he is let go by the school, Malzahn will get quite the nice payday.