Guess What? ANOTHER NBA Player Had Money Stolen From Him By His Assistant

It's no secret that NBA players make a ton of money. The average salary is about $4.9 million. Even the fringe players are doing well for themselves, earning at minimum around $507,000.

Of course, when you have that much money, you do make yourself an attractive target. We've written before about Tim Duncan and Richard Hamilton losing money to trusted financial advisors. And former NBA swingman Josh Childress has warned incoming athletes to consider how much money they're actually making before spending lavishly.

One player who certainly isn't afraid to spend is Gilbert Arenas. At one point, he was one of the most explosive and entertaining players in the NBA. The undrafted guard out of Arizona always played with a chip on his shoulder, and his memorable post-game quotes and yells of "Hibachi!" when he was feeling it on the court were much appreciated. 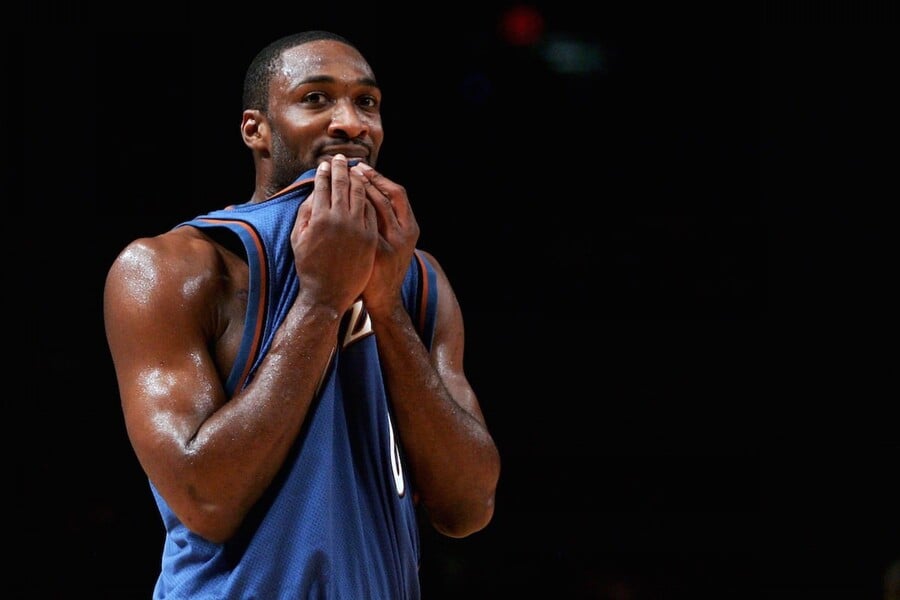 However, Arenas is probably most remembered for bringing unloaded guns into a locker room in December 2009, and getting into a confrontation with then-teammate Javaris Crittenton. Both Arenas and Crittenton were suspended for the rest of the season by then-NBA Commissioner, David Stern. Neither player was ever really the same; injuries derailed the rest of Arenas's career, and Crittenton never stuck with another team, and was sentenced to 23 years in prison for voluntary manslaughter earlier this year.

Over his 12-year career with the Warriors, Wizards, Magic and Grizzlies, Arenas made $140,714,721. And that's not even including the $22.3 million he made during the 2013-14 season, despite not playing a single game. The Magic cut him in 2011 using the amnesty rule, which means his contract doesn't count against the salary cap, but he still gets paid. Not a bad deal – at all.

A few million of that mysteriously disappeared, but Arenas is finally getting some closure there: His personal assistant, John A. White, stole more than $2 million from the former star between 2006 and 2012. White was brought up on 11 counts of wire fraud in federal court on Wednesday, and is now looking at a maximum sentence of 232 years. Quick sidebar: Should we be concerned that financial crimes result in jail time that's 10 times longer than a murder charge?

In any case, White spent the money he stole on a Ferrari, a Range Rover, and mortgage payments on his Florida home. He also was convicted on four counts of tax fraud for not reporting the stolen money on his tax returns.

Arenas was last seen winning enormous stuffed animals at the Orange Country Fair, so something tells us he'll be just fine, even with multiple millions taken from him. But it's just another warning to athletes and non-athletes alike: Be careful who you trust with your financial information.