San Antonio Spurs head coach Gregg Popovich has a reputation of being a surly interview, often rolling his eyes and giving short answers to reporters who ask questions he deems unworthy.

However, he's displayed a kind soul plenty of times, as well. Many reporters have recalled great moments where Popovich gave them words of encouragement. He's also spoken out on a number of social justice issues. 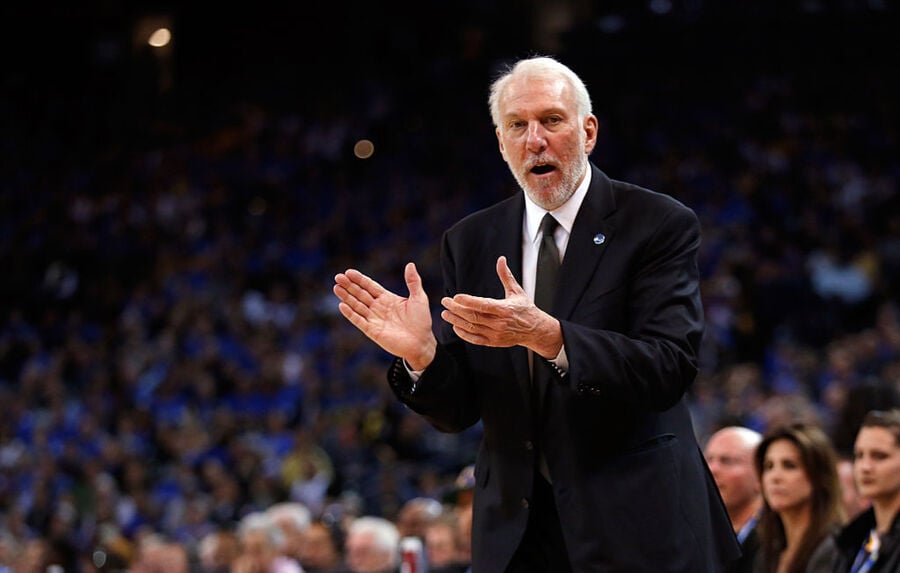 Most recently, Popovich has displayed incredible generosity as a tipper.

With the Spurs on the road in Memphis for Games 3 and 4 of their first-round playoff series, Popovich stopped into McEwen's, a restaurant the coach has frequented in the past.

His bill was $815.73 and he reportedly left a $5,000 tip. That's more than 600 percent. While the restaurant couldn't confirm Pop actually dined there, the date and time match up with when the Spurs would have been in town, and the handwriting is reported to look like Popovich's scrawl.

What's more, McEwen's is known for its extensive wine collection. He is a wine connoisseur and has even made some of his own. It's not out of the realm of possibility that he ordered a few bottles over dinner.

Popovich is already arguably the best coach in NBA history. He might be the most generous tipper in the league, too.