Greg Norman spent 331 weeks as the world's Number 1 Official World Golf Rankings golfer in the 1980s and 1990s. He's won 91 international tournaments and has had 30 top ten finishes in majors throughout his career. It's safe to say he's accomplished a lot on the golf course.

And now, Norman is taking the next step in his entrepreneurial career.

The 62-year-old Australian signed a deal with Authentic Brands Group, which will pay him an undisclosed sum and will serve as a partner in controlling the direction of the consumer products division of The Greg Norman Company, which was previously known as Great White Shark Enterprises, until last year.

ABG will guide The Greg Norman Company in apparel and accessories decisions, and will also serve Norman's business in steaks and wine. He's been involved in those industries for nearly two decades. The partnership excludes other parts of Norman's company, though, including its investment arm, branded real estate and the more than 100 golf courses he's designed. 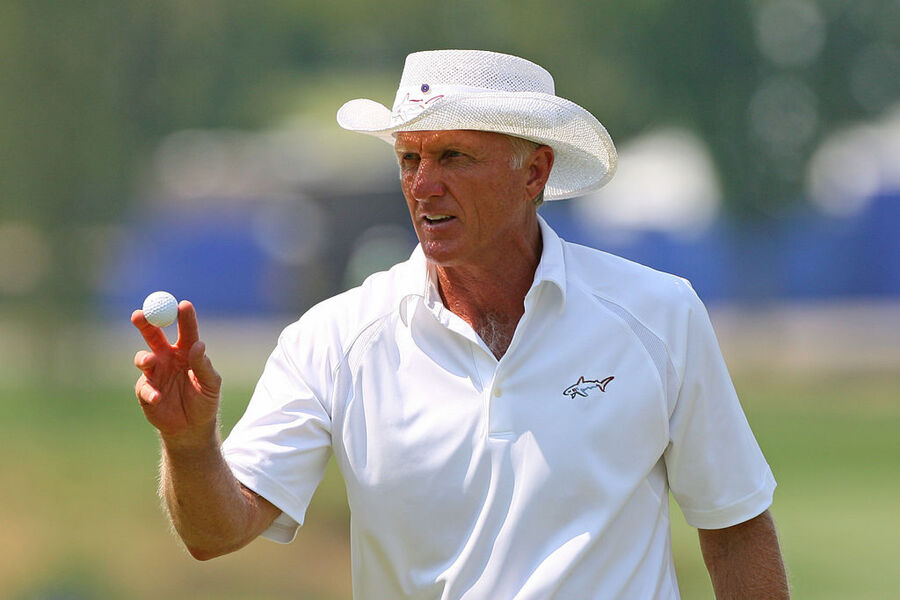 Norman, who's built up his platform and credibility for the past 30 years, calls this move his "200-year plan." He wants his brand to continue to grow in perpetuity.

After partnering with Norman, ABG now has four athlete businesses under its control. The company bought the rights to the Muhammad Ali estate in 2013, Shaquille O'Neal in 2015 and Julius Erving – better known as "Dr. J" – last year.

Norman represents a new partnership for ABG, who are especially intrigued by his love of living a healthy lifestyle. Noting that he's "a walking billboard for the embodiment of wellness," ABG believes they'll be able to utilize Norman's influence in fashion, sport, and entertainment to create something truly special and long lasting. The Baby Boomer demographic will be a major focus for Norman's endorsements.

This is the second time Norman has sold one of his businesses. He relinquished The Greg Norman Production Company, his events business, to Wasserman in 2015. Norman has shown flashes of savvy as a businessman throughout his career: in 1991, he bought 12 percent of Cobra Golf for $1.9 million. The company sold five years later and Norman made $40 million.

The Norman brand recently underwent a facelift – the shark logo changed from a rainbow pattern to a monochromatic blue. Norman said focus group feedback led to the change. Reebok initially created the logo back in 1991 to be one color, but it was too similar to the logo of a European company, so Norman went with the rainbow pattern and it caught on.

But after two and a half decades, it was time for a change. Expect a lot of them from Norman and ABG in the coming years. After all, there's 200 years worth of decision-making to be had.