The Milwaukee Bucks have signed 'The Greek Freak' Giannis Antetokounmpo to a 4-year, $100 million contract extension. ESPN reports that there will not be any player or team options included.

So far, Antetokounmpo is only the second player from the 2013 draft class to receive a contract extension after C.J. McCollum.

The 21-year-old enters his fourth season in the NBA as the prospective starting point guard for Milwaukee, after coach Jason Kidd saw huge success from him in that position late last season (and Jason Kidd ought to know a good point guard when he sees one). Antetokounmpo averaged 17 points, eight rebounds, and four assists last year playing most of his time as a small forward. One of his major upsides is that he has the size and athletic capability to play any of the five positions on the floor effectively, especially in the modern run-and-gun NBA. 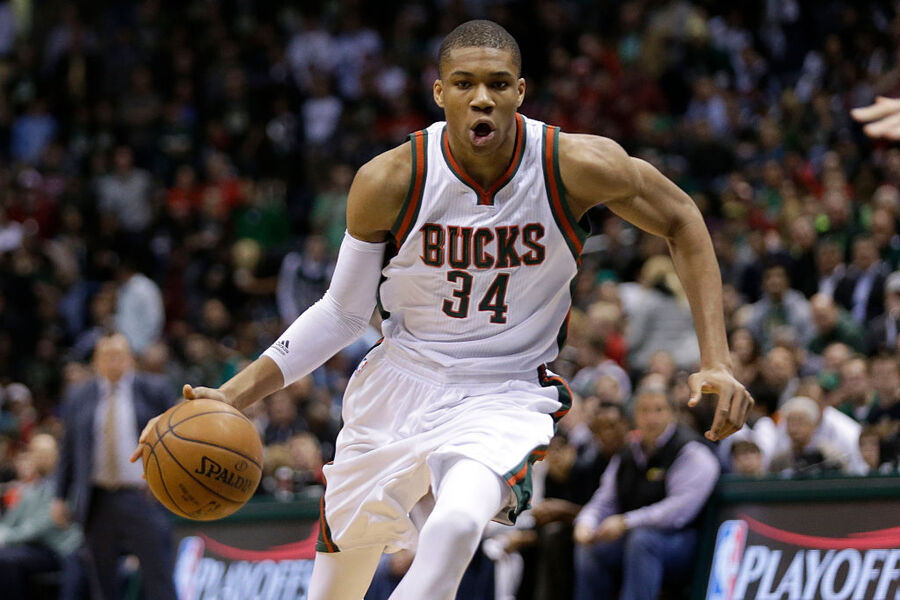 The only question left at this point is this: why didn't he get a better contract? Sure, averaging $25 million per year for the next four years sounds great, but it's well under the maximum he could have made. McCollum, for instance, signed a four-year deal for $106 million, which is the maximum according to this season. It's hard to say whether McCollum or Antetokounmpo is the better player currently, but the latter is three years younger which adds immense value.

Had Antetokounmpo been able to negotiate the maximum possible option, it would have been a five-year deal based on next year's maximum salary, which is projected to go up. In other words, he would have probably made over $130 million over the next five years.

Yet another positive for Milwaukee is that they still have their single five-year extension available, so next summer they will be able to use it for Jabari Parker if they so desire.

So, although Antetokounmpo should be happy he has a guaranteed fortune coming for years, this is more of a victory for the Bucks as a franchise than it is for him individually.

With these promising young players and the offseason additions of Matthew Dellavedova and Mirza Teletovic, the Bucks are in line to make a real splash in the league over the next five seasons.