Gordon Hayward Turned Down $34.2 Million And It Was A Great Financial Move

The average NBA salary last year was about $7 million, and even players making the minimum still earned about $1.62 million. Most current contracts also come with player or team options. If the player or team is unhappy with a situation, wants to move on, or is looking to re-negotiate a deal, they can opt out and seek greener pastures.

Forward Gordon Hayward just made such a move. It's one of the rare instances in life where turning down more than $34 million is a good thing.

Hayward declined his player option with the Boston Celtics, which would have paid him $34.2 million. Instead, he signed a four-year, $120 million deal with the Charlotte Hornets.

Hayward will take a small pay cut next year but will earn a lot more money in the long run. And he gets out of a situation that was rocky from the start. 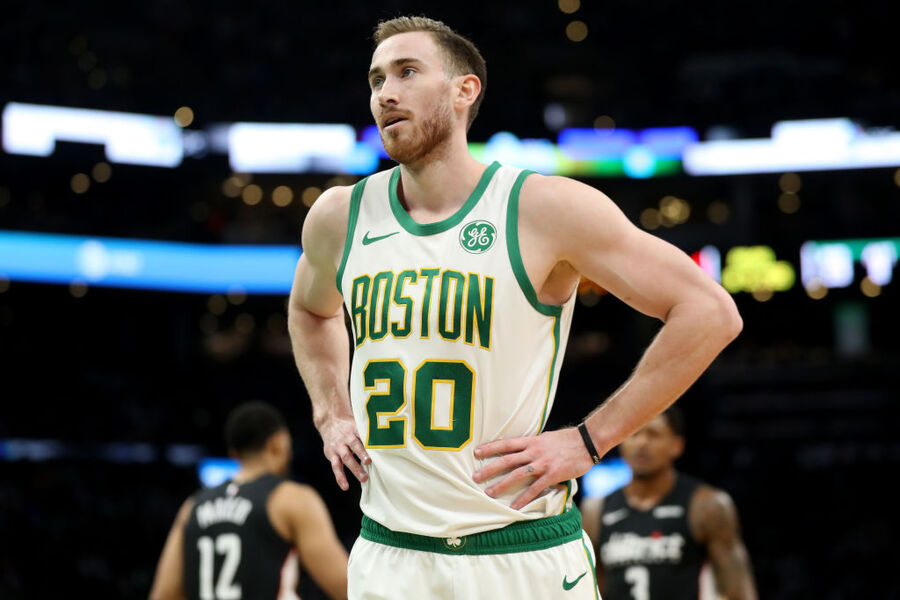 Hayward signed a four-year, $127.8 million deal with the Celtics in 2017. Six minutes into his first game with his new team, Hayward suffered a severe foot and ankle injury. He missed the rest of that season and still looked shaky during the 2018-19 season as he worked his way back onto the court.

This past year, he averaged solid numbers with 17.5 points, 6.4 rebounds, and 4.1 assists in 52 games. However, injuries still affected his season. He broke a bone in his hand in November and had nerve pain in his foot in December.

When the NBA resumed play in the bubble at Disney World, Hayward sprained his ankle in the Celtics' first playoff game. He eventually returned in the Eastern Conference Finals, though the Celtics fell to the Miami Heat in six games.

After missing a mere 42 games in seven seasons with the Utah Jazz, Hayward missed a total of 142 games in only three seasons in Boston. This new contract offers him a fresh start in a different environment.

In fact, Hayward tried to sign with Charlotte in 2014. He was a restricted free agent then, but the Jazz matched the Hornets' offer, keeping Hayward in Salt Lake City. It'll be nearly seven years later, but Hayward will finally get to play for the Hornets.

Meanwhile, the Celtics will soldier on after losing two max contract players in the past two years. Kyrie Irving also left Boston to join the Brooklyn Nets via free agency last offseason.