Gordon Hayward Missed Out On Millions, Thanks To The Media

When the NBA players and owners met to hammer out a new collective bargaining agreement last year, there were few things that changed from the old agreement. However, one minor section has already cost a handful of players millions of dollars.

Players that make one of the three All-NBA team rosters at the end of the season are eligible to receive Designated Player status. The rewards can be huge, with players potentially earning salaries in excess of $200 million. The teams win, too, because they get to keep their star players.

Of course, the rule was put in place to benefit players, but so far, there's been much more chatter around who it's excluded. We covered Paul George's unlucky break, but Gordon Hayward will also miss out on millions – about $48.4 million – thanks to not making an All-NBA team. 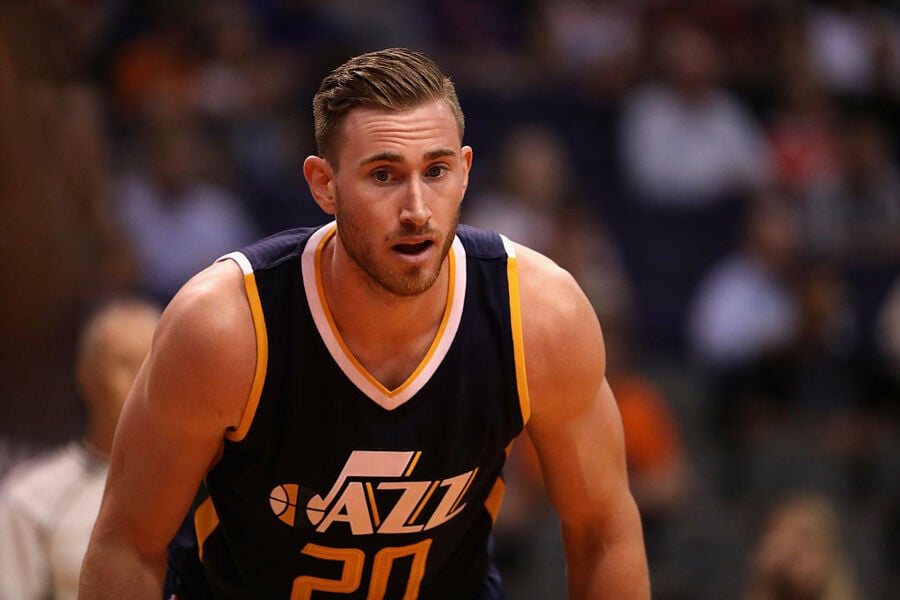 Hayward averaged nearly 22 points a game and shot 40 percent from three this season. He also made the All-Star team and led the Utah Jazz to the second round of the playoffs. He certainly contributed well and helped return the Jazz to postseason glory.

However, last season may be his final one in Salt Lake City. If Hayward had made an All-NBA team, he could have signed a contract extension that would have kicked in next season. All told, he would have made around $225.8 million through the 2022-2023 season.

Instead, Hayward will likely opt out of his upcoming player option, which is worth $16.7 million. He can then sign a max contract with the Jazz for five seasons and about $177 million, or go elsewhere with a four-year contract in the neighborhood of $137 million.

Would Hayward possibly jump ship and head to a contender? The Celtics would be a popular choice, as they're already a quality team and their head coach Brad Stevens coached Hayward in college at Butler University. Hayward could also go to a young team on the rise like the Miami Heat, who missed out on the playoffs but played extremely well in the second half of the season.

The same could be argued for the Jazz, though. They've got young talent like Rudy Gobert, Derrick Favors, Alec Burks and Dante Exum. Joe Johnson should stick around for another season, too; he provides a great veteran presence. Hayward has to weigh his options and decide if it's worth forgoing $40 million for what he feels is a better shot at a championship.

Either way, it's very interesting to have a vote that's determined solely by the media alter the fate of NBA players and their franchises. George is all but out in Indiana – perhaps a massive extension could have kept him around. Hayward is a more interesting case, but if he chooses to leave, the Jazz will be left wondering what could have been if he had received some more votes.