South African golfer Ernie Els is no longer the threat that he once was (currently ranked 116th), but he is playing well enough to make over $1.7 million during the 2014 season, and so far this season, he has made over $400,000. A professional since 1989, he has been ranked the No. 1 golfer in the world in the past, and has made a ton of money during his career ($48.2 million).

Fans will remember him as a great competitor and a great golfer, but one of his most meaningful accomplishments had nothing to do with golf at all. Recently, Els was in Jupiter, Florida, to see a project he has been involved in for eight years, and to which he has donated a lot of time and money, become reality: the Els Center of Excellence, a special school for autistic children. 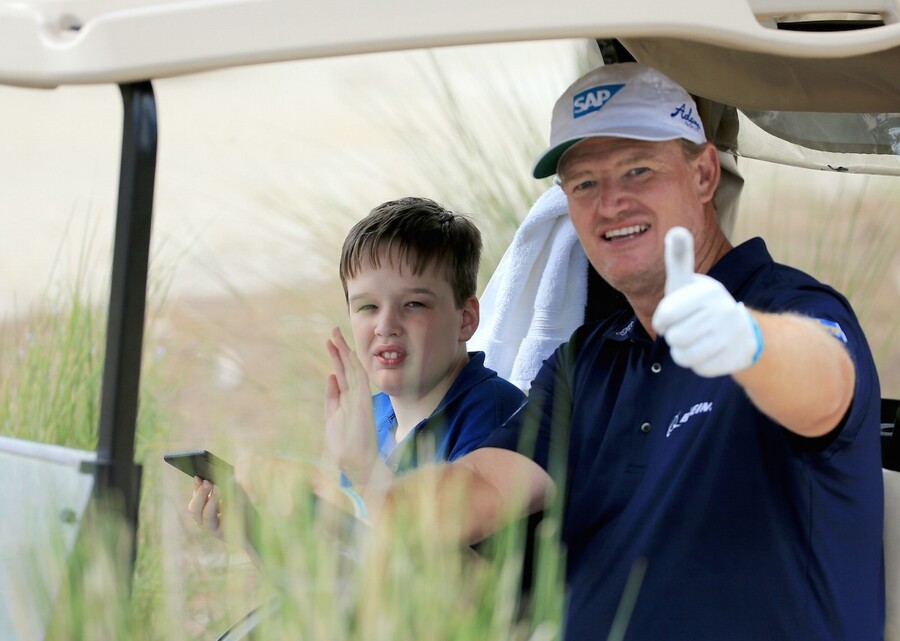 The project is one that is near and dear to his heart since his son, Ben, is on the Autism spectrum. When his son was diagnosed, Els wanted to donate money to help with research, but his wife had a better idea. Why not put his celebrity and money into building a special school for autistic kids to attend?

"For us it was a thousand times easier because we could travel to other places and find the expertise we needed," Liezl said. "I saw the need out there and how much you can suffer if you don't have the all the services and therapies."

Over the years, Els donated has $6 million of his own, and helped raise even more so that the $30 million campus could be completed. Windows were built so kids could see out when standing, but not while sitting at a desk in order to reduce distractions. Each classroom has a bathroom in it to help teachers with supervision. Kids will be dropped off under a large awning so that kids can't be hit with raindrops (which can be problematic for some on the Autism spectrum). Rooms will be soundproofed, to help reduce distractions, and parents will be able to watch classes.

For now, only children from the Palm Beach County area are allowed to attend. There will be high school and job training available for graduates along with a putting green and driving range. Researchers from around the world will also be able to view classrooms online.

When asked if he wanted to be known as a golfer or for this school Els said he didn't care: "We just want to show people what a school for autistic kids should look like."