The owners of the Golden State Warriors have to be pretty happy people. Their team is the defending NBA champion, they just set a new NBA single-season win record, and they are widely expected to win the NBA title again this season. Star point guard Steph Curry will likely win MVP this season as well.

As if all of that wasn't enough to make them smile, they can sit back and laugh as they remember how much people made fun of them for paying a record $450 million for the team back in 2010.

At the time, the Warriors were coming off of a 26-56 season. According to estimates, the team was only worth about $363 million at the time, but they went ahead and paid $450 million for it. With the average value of a team in 2010 just $367 million and the Warriors coming off their 14th losing season since the 1994-95 campaign, it certainly did appear as if they may have overpaid.

That certainly did not mean that it was a bad investment. The return on the investment does not come from whatever profit the team makes the next couple of seasons. It comes from the increase in the value of the team from the time the owners bought the team until they sell it. 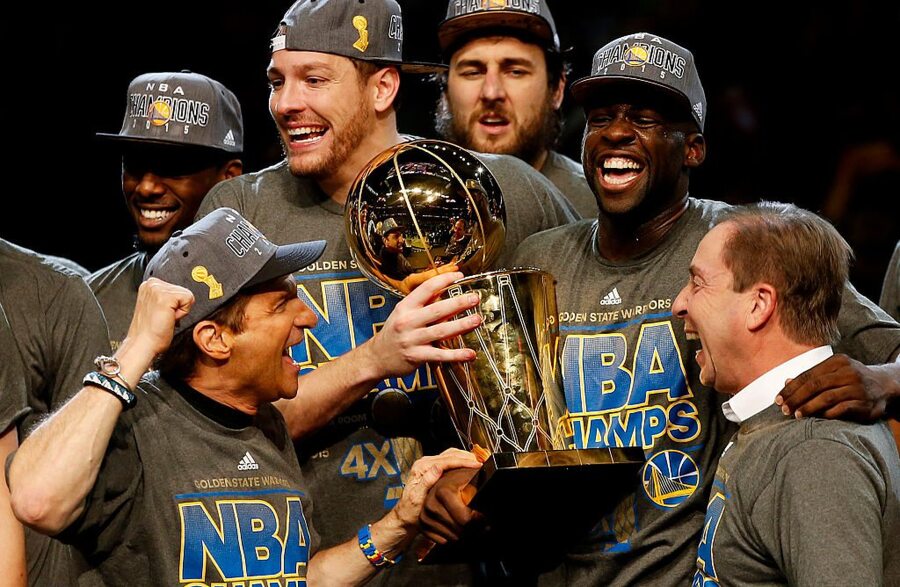 While success plays a factor in a team's overall value, it is not the only thing that does. There are the team's city and market size (the San Francisco-Oakland-San Jose area is the sixth largest market). The team's cut from the league's revenue-sharing plan is another, along with the arena they play in and the team's brand.

This explains why the Los Angeles Lakers and New York Knicks are the two most valuable franchises in the league year in and year out.  New York City and Los Angeles are the top two markets in the country. Both play in iconic arenas, and their brand is second to none.

Time has proven the investment to be a good one. Since the ownership group led by Peter Guber and Joe Lacob purchased the team, they have seen it increase in value from $363 million (12th highest in the league) to $1.9 billion (sixth highest).

When the new television contracts become active next season, that number will likely cross the $2 billion mark. It will get even higher in 2019, when the new stadium opens up in San Francisco. Should the team manage to keep Steph Curry, Klay Thompson, and the rest of the roster together, there is no telling how many championships this group can win and how valuable the Golden State brand can become.