Glover Quin Has Doubled His NFL Income Thanks To Wise Investments

We've heard the countless stories of professional athletes going broke. When you're fresh out of college and are suddenly handed millions of dollars, it can be easy to spend large amounts of money. The problem is, once that money dries up, the spending habits often don't reflect the sudden decrease in cash.

That's why it's so refreshing to hear a story like that of Detroit Lions safety Glover Quin, who came into the league with a plan and has stuck with it through his eight-year career. His plan has proven to be a successful one, as he's likely to have doubled his income earned from the NFL, which will be $21 million before taxes, after the 2017 season. Here's a look at Quin's strategy to increase his wealth.

When he was drafted by the Houston Texans in 2009, he didn't spend any of his signing bonus on a new car; rather, he continued driving his Yukon Denali, despite being mocked by his teammates for not having something flashier. Quin took 30 percent of his salary – about $6,000 a month or $72,000 a year during the first three seasons of his career – and used it for purchases for him and his family. The remaining 70 percent went into established, publicly traded companies.

Quin majored in business at the University of New Mexico. It was at the university, during a 7 a.m. financial ethics class, where he met his financial advisor, Humble Lukanaga. Lukanaga, who works with several NFL players, taught Quin about the 70/30, save/spend strategy, and the football player immediately latched on to it. Quin continues the strategy to this day, even after signing a hefty second contract in 2013. As Lukanaga told him, if you build the habits on the first contract, it's easy to keep doing it on the second contract – the 30 percent simply becomes bigger. While Quin entered the league wanting to build his wealth, it wasn't until after signing his second contract that he moved into a more risky, but potentially more lucrative, investing path: private equity. He takes 10 to 20 percent of his income and invests it in startups and up-and-coming businesses. His main criteria? That the business is doing something to change the world. If Quin believes that and believes in the people running the business, he feels comfortable investing in it.

Quin's contract expires after the 2017 season, and by his and Lukanaga's projections, in five years, he'll have made as much from investing as he has from playing football ($21 million each). Private equities are a different ballgame than investing in stocks and index funds, so Quin has a different strategy when dealing with those companies.

During the off-season, he'll look into two or three deals per month, doing more research on the companies and asking one of his prime test subjects: his wife. He'll get her opinion on a product or service without letting her know there's a potential investment opportunity, since she has "a good feel for stuff."

If Quin is still excited about a deal after speaking with his wife and Lukanaga, he makes sure it satisfies his four criteria:

-Does he have an opportunity to get more involved with the company? Quin isn't strictly making these investments to increase his wealth; he also wants to gain experience. He wants to sit in on meetings and attend trade shows and expos to help conduct field tests and marketing. Quin has no plans to attend business school, so this is a way for him to earn his "Field MBA."

-Quin has to understand the business plan and what the company is trying to accomplish. Before Quin actually makes an investment, Lukanga makes Quin explain why he's excited about the company.

-Quin won't go in as a solo investor. He needs to see other experienced investors putting capital behind a company before he's willing to go in. This is also a good way to ensure he's diversifying his investments.

-Quin has to believe in the product and that the company fits his "change and better the world" philosophy. That mantra drew him to three companies: Health Warrior, which makes food out of chia; pawTree, a customized pet nutrition company; and PeerWell, an app that aids people in recovery from joint surgery by 'prehabilitating' them beforehand.

Really, the only exceptions to these rules in Quin's portfolio are FanDuel and DraftKings, which offer daily fantasy football services to players. Quin invested in those companies because of his interest in football. 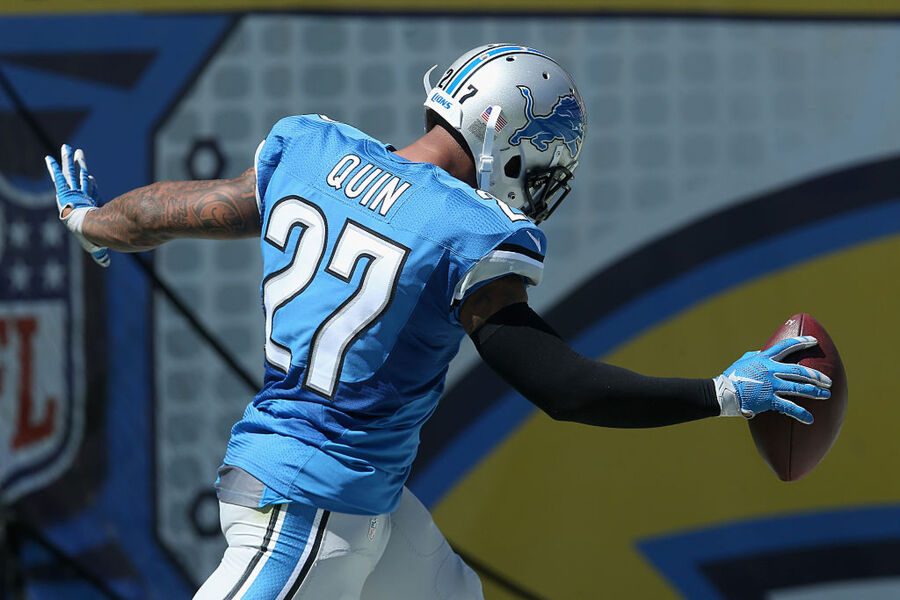 Whichever companies he partners with, Quin makes sure they get more than simply his dollars. He offers huge exposure for his companies' products, and shares guidance and advice, often utilizing his knowledge of football to translate it to the business field – like how preparing for a pitch is similar to preparing for an opposing offense.

While he stresses that he's a football player first – from August until the end of the season, Quin's priorities lie on the field – Quin wants to be seen as more than that. When he meets potential partners, he hopes they see him as an investor, not just a jock with deep pockets and no real business acumen.

Of course, not all of Quin's private equity investments will pay off. He suspects that nailing half of the deals he makes will provide a solid profit. Even for the investments that end up not panning out, Quin considers it a success if he learns something from the experience.

It's a testament to Quin's ability to plan for the long-term. He knows he may only have a handful of years left on the field, but he's been smart to consider life after football. At this rate, he'll make more from his investments than he will from playing. And that's a winning strategy.