Gilbert Arenas will likely be remembered first and foremost for pulling a gun on a teammate during his days with the Washington Wizards, but he was actually a pretty good basketball player. He was good enough to be drafted in the second round in 2001, and eventually became good enough to be signed to a $100+ million deal.

After making just $845,000 during his first two years in the NBA, he signed his first big money contract in 2003, a six-year deal worth $63.7 million. He exercised his early termination clause in June 2008 so that he could sign a bigger deal for a six-years and $111 million. 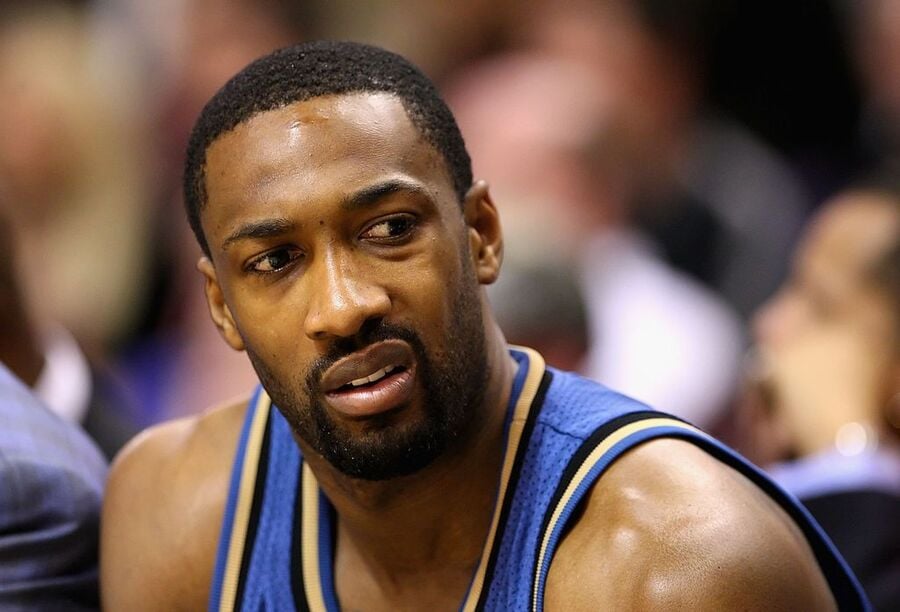 While making that kind of money must be nice, it has to be kind of tough as well. Yes, he could just let it sit in his bank account and collect interest. He could also try to invest it and make it grow, but who has the time to be a professional basketball player and a money manager? Arenas didn't, so to get the job done, he hired a well-known financial management firm, Boulevard Management, Inc. They must have done a pretty poor job since he is now suing the company for $40 million.

According to the complaint, Boulevard did not just do a horrible job of investing his money, but failed to properly monitor his accounts, which allowed unauthorized people to spend his money. That was how his former assistant, James White, was able to transfer large sums of cash to accounts he controlled (White has since been convicted for stealing $2.1 million). Arenas believes that if Boulevard had been properly monitoring his accounts White should have never been able to move a dime.

He accused the company of being reckless and negligent in managing his money, doing so with willful intent and/or intentional disregard. They even failed to get his bills paid on time. If that wasn't bad enough, they charged him $2.25 million for the horrible job they did. In the suit he is asking for no less than $40 million, along with punitive damages, interest, attorney's fees, and reimbursement of excessive management fees.

Even though he hasn't played in the NBA since 2012, he recently cashed a $22.3 million paycheck from his last team, the Orlando Magic. The team used the amnesty clause for him in 2011, which took his salary off the books for salary cap purposes even though they still had to pay him.