When you have a guy who was considered the best defensive player in his position and the best offensive player, you definitely want to do whatever you can to hold on to him and keep him happy. That is exactly what the San Francisco Giants did recently when they signed Brandon Crawford to a six-year, $75 million contract extension.

He wouldn't have been a free agent until 2018, but the Giants thought enough of his progress over the last few seasons to lock him up until 2022. 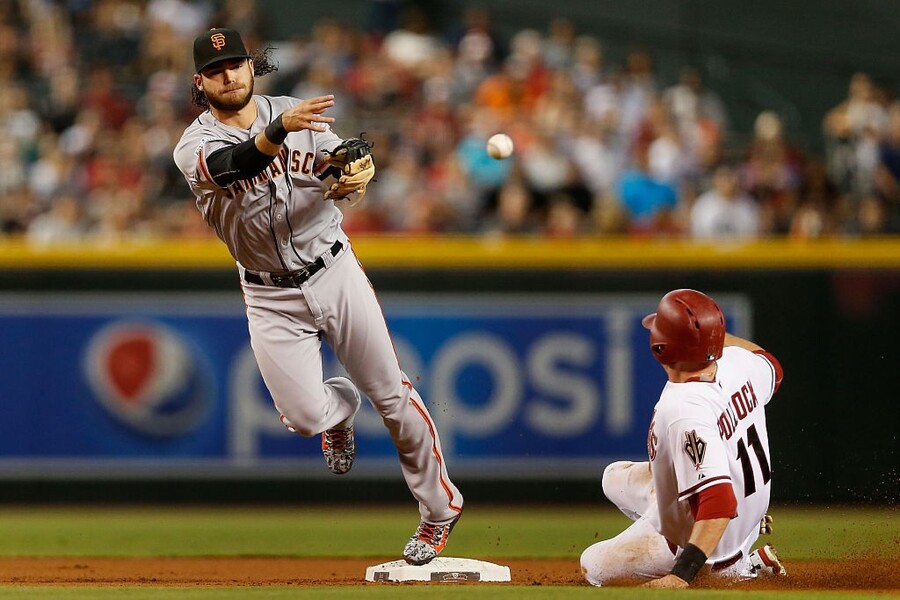 "Brandon is an integral part of the team whose performance on the field will be one of the keys to our success for years to come," said Giants President and Chief Executive Officer, Larry Baer to MLB.com.

Crawford had an excellent season last year, even though the Giants failed to make the post season a year after winning the World Series. He led the team in home runs with 21, was second in RBIs with 84, and hit a career best .256. His offensive numbers overall (slugging percentage–.321; on-base percentage– .462) were good enough for the league's coaches and to make him the Silver Slugger recipient for last season.

His game on the field was pretty solid as well. He committed just 13 errors during the season, had a fielding percentage of .979 on the season, and earned his first Gold Glove (for superior individual performance fielding).

Giants manager Bobby Evans was glad to see his shortstop get signed to a long term deal.

"Brandon is an exceptionally talented baseball player who has earned this through his hard work, dedication and competitive spirit," general manager Bobby Evans said. "He took great strides both offensively and defensively last season, winning his first-ever Gold Glove and Silver Slugger award. This is a great day for Brandon and his family, for the Giants and for our fans."

With a full no-trade clause included, he will not be going anywhere, any time soon without his consent (unless he gets cut, of course).