Giannis Antetokounmpo's current contract doesn't expire until after next season, but teams have been preparing to sign him for most of the year. After all, there were whispers that he was unhappy in Milwaukee and would seek a deal elsewhere. And it's not every day a superstar that could change the fortunes of your franchise becomes available.

Only one slight problem: none of those whispers were true. Antetokounmpo is, in fact, happy in Milwaukee, and he signed a new massive extension to stay with the Bucks.

The contract, worth $228 over five years, is the largest in NBA history. In the final season of his new deal, Antetokounmpo will earn nearly $52 million, which will be one of the largest single-year salaries a player has ever made.

Perhaps the wildest part of all is that Antetokounmpo will only be 31 years old when this contract is up. If he's still playing at a high level, he may very well command a similarly huge salary in 2026. That means he could potentially earn more than half a billion dollars during his career from salary alone. 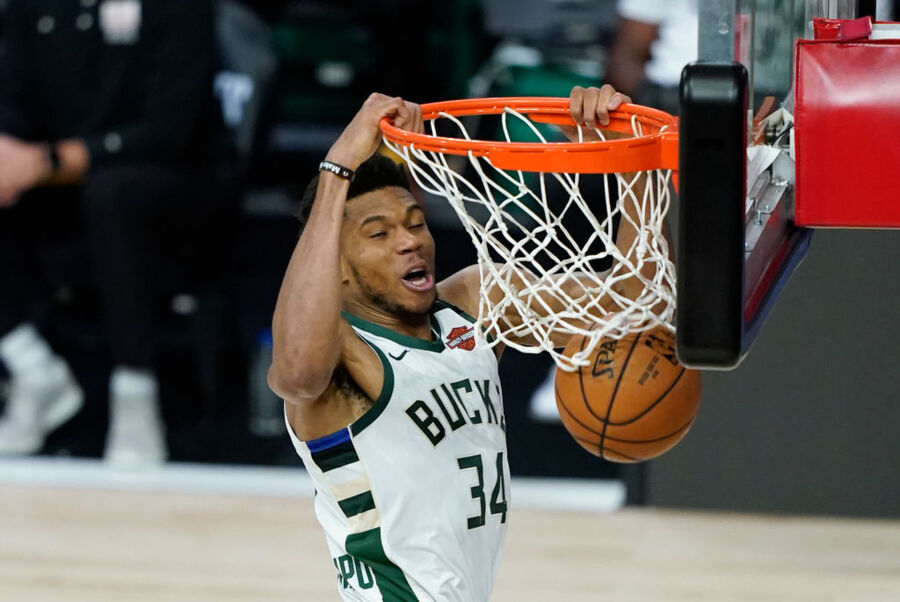 Here's how much Antetokounmpo will make each season for the next six years:

Other teams in the league may be upset that their pursuit of Antetokounmpo is over, but this is a win for the NBA. We've seen many stars willing to abandon their teams for greener pastures. Look no further than the Houston Rockets this offseason. Both Russell Westbrook and James Harden have expressed their desire to be traded, believing the team's championship window has closed. Westbrook got his wish; Harden is still waiting.

For a while, it seemed like Antetokounmpo might do the same thing and request out of Milwaukee. But he opted to remain loyal. It also probably didn't hurt that the Bucks could offer $83 million more than any other team could.

Antetokounmpo has won the last two league MVPs, and the Bucks have finished first in the Eastern Conference both years. However, they haven't reached the NBA Finals yet, which only fueled the rumors that Antetokounmpo might leave.

But the Bucks have worked hard to upgrade their roster and convince their star to stay. They traded for Jrue Holiday, a veteran guard and leader who will bolster their already league-best defense. They also tried to trade for sharpshooter Bogdan Bogdanovic in a deal that ultimately fell apart.

The moves were enough to show Antetokounmpo the Bucks are serious about winning. And with the MVP in tow for the next six years, they'll have a great chance to finally bring home a title.

It's a great story for Antetokounmpo, too. He grew up poor in Greece, selling goods on street corners, and was playing in his home country's second league when he was drafted. Now, he's an NBA superstar with the league's largest contract ever. That's worth celebrating.