Giannis Antetokounmpo Is Now A Part Owner Of The Milwaukee Brewers

Big market teams are always going to be talked about regularly. The Los Angeles Dodgers are the reigning World Series champion; the Los Angeles Lakers won the 2019 NBA Finals; the New York Knicks gloriously returned to the postseason this year. But don't forget about the players in small markets, who are doing plenty of big things themselves.

Less than a month after leading the Milwaukee Bucks to the team's first title in 50 years, Giannis Antetokounmpo is investing in another Milwaukee team: the Brewers.

ESPN's Jeff Passan confirmed that Antetokounmpo has purchased a stake in the Brewers. It hasn't been reported how much the Finals MVP paid for his investment or how much of the team he owns, but the Brewers are valued at about $1.22 billion. Even a 1% stake in the team would cost about $12.2 million.

It's no small investment, of course. However, Antetokounmpo did sign a five-year, $228 million extension with the Bucks last year, which certainly helps. 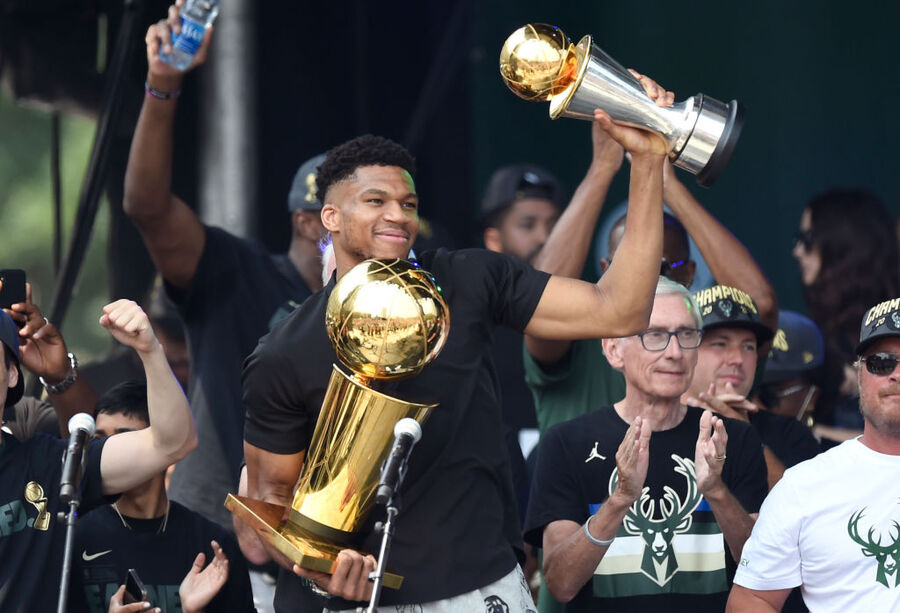 Antetokounmpo, who's the first individual investor in the team since 2005, participated in a press conference to chat about the news. He noted the deal was finalized in May but the player and team didn't want to distract from the Bucks' playoff run. He also said Milwaukee made him "a better person" and expressed his love for the city.

"I want to be involved in the community as much as possible," he said during the press conference. "I know Milwaukee invested a lot in me, and I want to invest a lot of me back into the city of Milwaukee."

The first order of business for Antetokounmpo? Fixing his swing. We got a taste of how it looks a couple of years ago (check it out below). But there's good news: he's got nowhere to go but up.