Giancarlo Stanton Will Play For Any MLB Team… Except These Two

This off season, Miami Marlins outfielder Giancarlo Stanton is the hottest commodity on the market. He's not a free agent, but the slugger wants out of Miami, and the Marlins are looking to trade him as they start the rebuilding process.

Stanton is open to just about any team, with two exceptions: the Boston Red Sox and the St. Louis Cardinals.

While several squads are interested in acquiring Stanton, a deal will take a bit of work. He has up to 11 years remaining on his 13-year, $325 million contract and he has a full no-trade clause.

It looks like Stanton is already flexing that no-trade muscle by listing the Red Sox and Cardinals among his "won't play for" list. 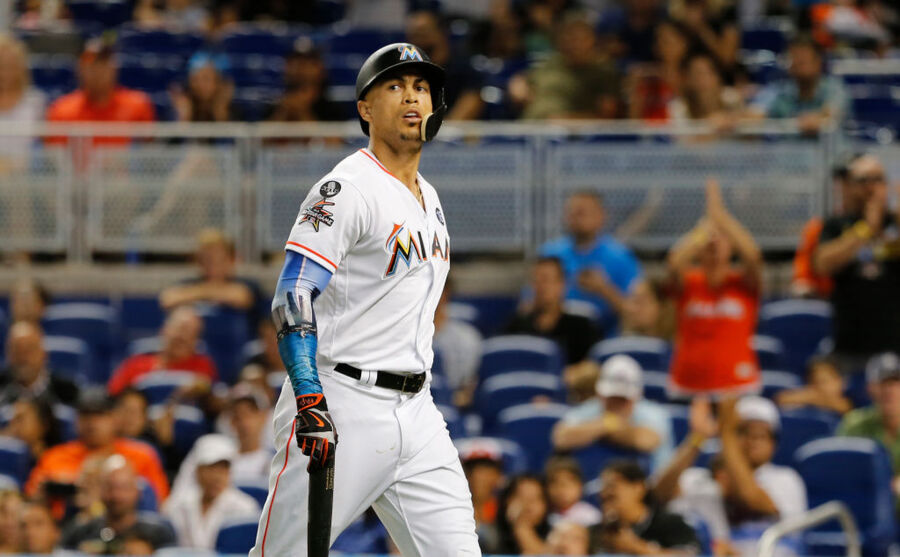 Stanton grew up in Southern California and has expressed interest in playing there, so the San Francisco Giants and Los Angeles Dodgers have a bit of an advantage. The Anaheim Angels and San Diego Padres would also work based on geography but aren't front-runners for a potential deal.

Stanton, who won the NL MVP award this year, ended the season with 59 home runs and finished with 7.6 Wins Above Replacement. No other NL position player had a higher WAR.

That wasn't enough to help the floundering Marlins reach the playoffs, and a new ownership group led by Derek Jeter and Bruce Sherman recently purchased the team. That group reportedly wants to slash payroll by more than $60 million.

Trading Stanton would certainly help. The Marlins are asking for a lot – ideally multiple top prospects and salary relief (or even straight cash). It's unlikely they'll get both, but with a talent as good as Stanton, why not shoot for the stars?

As MLB's Baseball Winter Meetings get underway on December 10, Stanton's name will come up a lot. There just won't be nearly as many teams in the discussion.