Giancarlo Stanton Is Going To The New York Yankees

Giancarlo Stanton is the reigning NL MVP, but he couldn't wait to get out of Miami and avoid another rebuilding project with the Marlins.

And now, Stanton is switching leagues and will join the New York Yankees. The Bronx Bombers agreed to trade for Stanton, sending over infielder Starlin Castro and prospects Jorge Guzman and Jose Devers in return. The trade is pending Stanton passing a physical and waiving his no-trade clause.

Stanton is due $295 million over the next ten years. The Yankees will absorb $265 million of the money, meaning the Marlins are still on the hook for $30 million. But for a team that's looking to shed a ton of salary, it's a necessary move.

Stanton can also opt out of his contract after three years and $77 million. Just how good the Yankees are in the coming seasons will play a major factor in Stanton's decision. 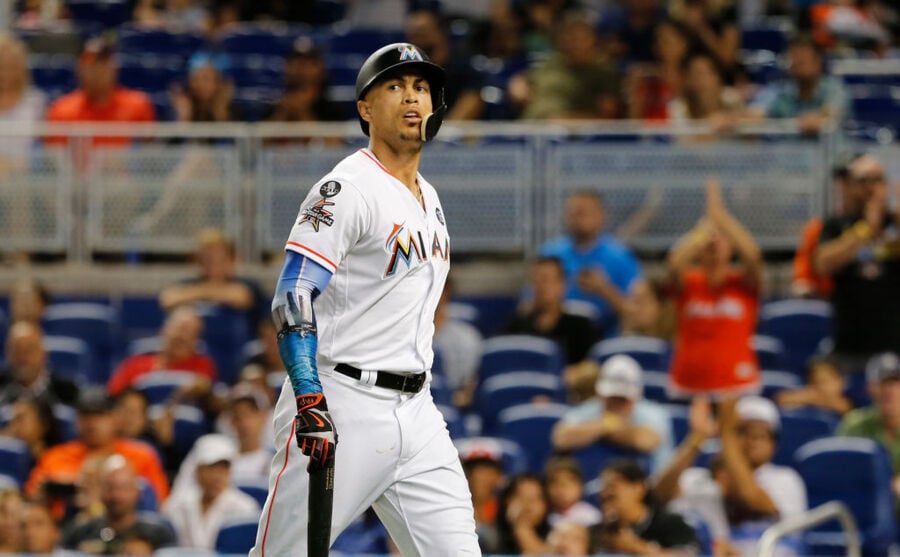 The outfielder already told the San Francisco Giants and St. Louis Cardinals he wouldn't waive his no-trade clause for them, but the Yankees offer a bit more promise. Even better, the team barely had to give up anything to get Stanton.

And though he comes with a hefty price tag, Stanton brings plenty of talent. He led the majors last season in home runs, RBI, slugging percentage, and extra base hits. If Stanton lets the trade go through, he'd join Aaron Judge and Gary Sanchez, who hit 52 and 33 home runs, respectively. That's a powerful trio for the Yankees.

For Stanton, it's an opportunity to play for a winner. The Marlins never even posted a winning record in his eight seasons there; the Yankees came within one game of making the World Series in 2017.

The Yankees payroll was about $209 million this year, though owner Hal Steinbrenner has promised to get it down to $197 million to avoid paying a massive luxury tax. This deal should help them achieve that.

As for the Marlins, they're looking to shed payroll to get to $90 million, less than half of what the Yankees are paying their players.

And while Stanton will get to play for a team more likely to compete for a championship, he's doing so at a price. Florida has no state income tax – but both New York State and New York City do. Stanton will lose about 12.7 percent of his take-home pay for games he plays in Yankee Stadium.

If it leads to a World Series ring, though, it's a trade Stanton will happily make.