George Kittle Just Signed A Record-Breaking Contract With The 49ers

George Kittle entered the league with little fanfare. The San Francisco 49ers took him in the fifth round. Eight other tight ends were selected before him. Yet three years into the NFL, Kittle is the top tight end in the entire league.

And now, he's the top-earning tight end in the entire league, too.

Kittle and the 49ers agreed to a five-year, $75 million contract extension. Per Matt Maiocco of NBC Sports, the deal will give Kittle $30 million guaranteed at signing, including an $18 million signing bonus. The overall contract includes $40 million in total guarantees. 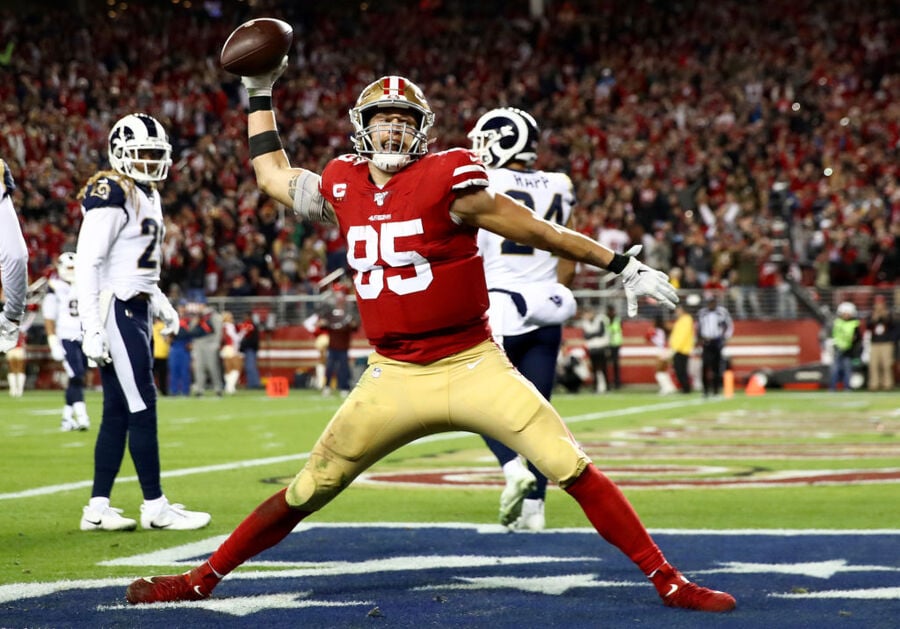 The contract makes Kittle the highest-paid tight end by annual salary, too. The Chargers' Hunter Henry was previously making the most per year, under a $10.607 million franchise tag. Kittle's $15 million per year blows that record out of the water.

Kittle was entering the final season of his rookie deal. He made the Pro Bowl each of the last two seasons and was named First-Team All-Pro in 2019.

In 2018, Kittle set an NFL single-season record for receiving yards by a tight end, finishing with 1,377 receiving yards on a franchise-record 88 catches. He followed that up with 85 receptions for 1,053 yards the following year.

He's the only tight end in 49ers history to put together multiple 1,000-yard seasons, and he's only 26 years old.

Kittle has become Jimmy Garoppolo's most reliable weapon in San Francisco and was a big part of the 49ers run to the Super Bowl last season. Now that he's locked up for the long term, he's setting his sights on bringing a championship back to the Bay Area.