We're a quarter of the way through the NFL season, and Jacksonville's Gardner Minshew has been one of the league's best storylines. The rookie quarterback got thrown into the spotlight after Jaguars starter Nick Foles broke his clavicle in Week 1. Since then, Minshew has started three games. If not for a failed two-point conversion against the Houston Texans in Week 2, he'd be 3-0 as a starter.

While Minshew's on the field play has been inspiring, his off-field behavior is the stuff of legend, too. Of course, his mustache is what people will first notice, but he's done plenty of other quirky things. His wardrobe choices are…interesting, to put it nicely, and he reportedly stretches in the locker room in nothing but a jock strap.

Oh, and there's also the time Minshew tried to break his own hand with a hammer.

Minshew recently shared his hammer tale on Barstool Sports' Pardon My Take podcast. He had just transferred to East Carolina University from Northwest Mississippi Community College. Since there were two senior quarterbacks on the roster, Minshew hoped to redshirt and become the starter for the following three seasons. 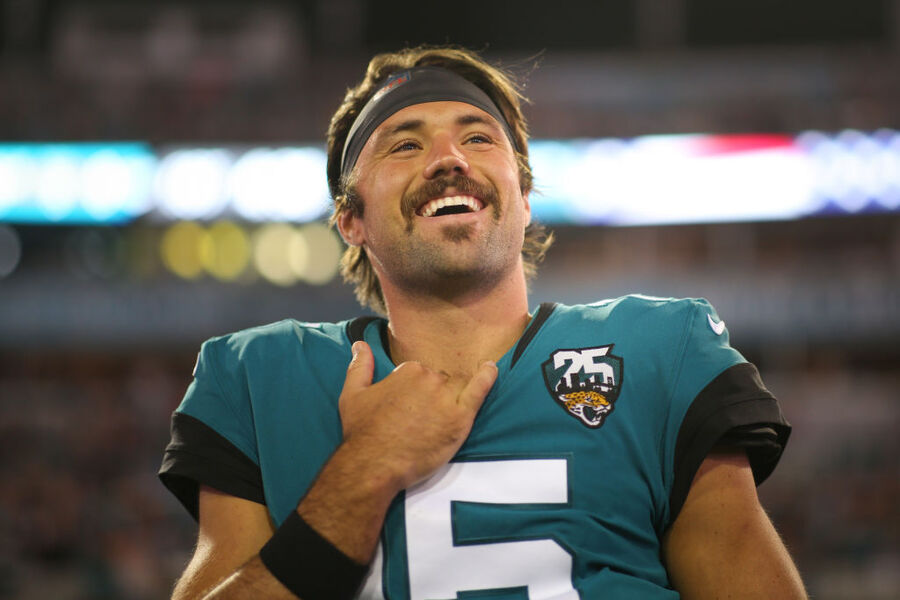 However, injuries forced Minshew to play in games for ECU, removing his redshirt status. Minshew felt his only option was to break his hand, which would give him a medical redshirt.

"So, you know, I get an idea," Minshew said on the podcast. "I go home, I grab a bottle of Jack Daniels and I grab a hammer. And, I go back into my room, I take a pull of the Jack Daniels, I put my hand down on the table and BOOM! BOOM! BOOM! One, two, three, hit the hell out of my hand, dude."

Minshew took a few more swings but ultimately couldn't break his hand. He told his coach that he had slammed his hand in a car door. It's unclear how mangled his hand looked, but if you've ever gotten a hand or finger caught in a car door, you know it's plenty painful. Several hammer swings to the hand is even more intense.

"Looking back it was pretty dumb. Believe it or not, breaking your hand is pretty dumb," Minshew said. "But I always tell people, 'What would you do to play more ball?' And that's damn near anything."

Fortunately, Minshew got his big break in another way. He transferred to Washington State for his senior season, leading the Cougars to a school-record 11 wins and finishing second among all college passers in total yards.

The Jaguars drafted Minshew with the 178th pick in the sixth round of this year's draft. He signed a four-year deal worth about $2.7 million, which included a signing bonus of $190,884.

That's certainly nothing to scoff at. But if Minshew keeps it up, he could be seeing a lot more dollar signs. And even Minshew would agree – breaking the bank is much better than breaking your hand.