By Travis Pulver on November 5, 2015 in Articles › Sports News

With the first college football playoff poll coming out, this week's slate of games is going to be even more entertaining. Now the teams that thought they were contenders, but find themselves on the outside looking in, have something to prove. The four teams in the top four are going to find their opponents playing a little bit harder. If they can't be in the top four, they can still enjoy the next best thing.

They can knock someone else out.

Now that everyone will be looking at playoff implications going forward, the good games should be even better, but the bad will still be bad and the ugly – well, the ugly ones will still stink. 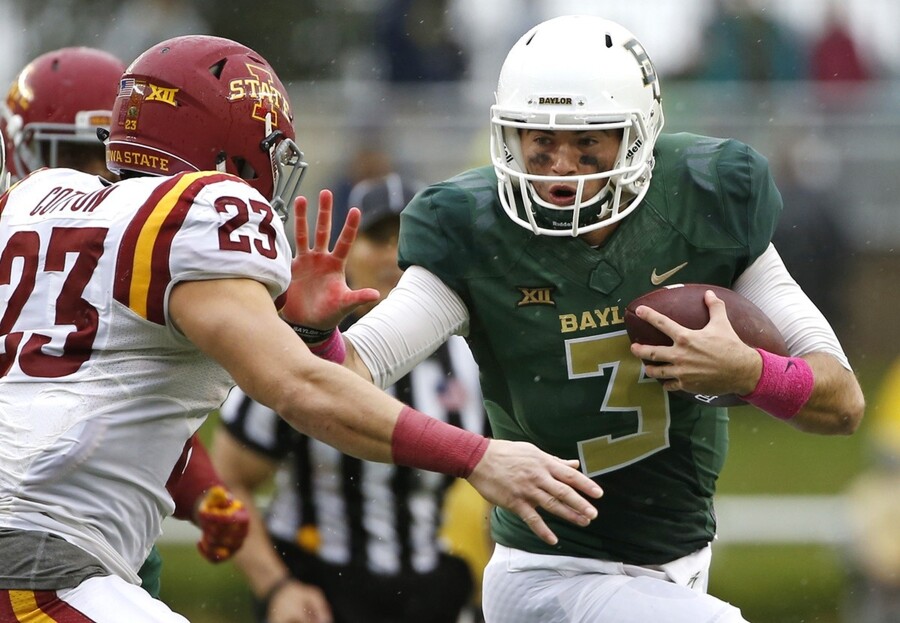 This game is going to be interesting to watch because everyone is going to want to see if the Baylor offense will miss a beat without Seth Russell. Many think there is a chance Jarrett Stidham could be even better than Russell. He has looked good in mop up duty this season, but against Iowa he was not able to get much going. Yeah, he played well enough to still win the game, but the Baylor offense did not look like a juggernaut anymore.

Kansas State is not a bad team, although it has played pretty bad at times this season. If the team that pushed TCU and Oklahoma State to the limit shows up the spread will get covered. If the team that Texas dominated shows up Stidham is going to look like the next big thing.

Don't count on K-State to do what needs to be done, but don't bet on this one either. The offensive uncertainty because of the change at quarterback is too great to gamble on.

For the Seminoles to have a chance they will need Dalvin Cook to have his best game of the season and for Everett Golson to play a mistake-free game. Should they do that, this one will still be tough for them to win. Deshaun Watson has the Tigers offense playing at a real high level right now, and their defense is getting the job done too.

Clemson is going to want to prove they are worthy of the CFB poll naming them the No. 1 team in the nation. Florida State is the toughest competition, they have left. Win and they will likely remain the No. 1 through the regular season.

This should be a heck of a game. Trevone Boykin is playing his best ball right now, Josh Doctson has been creating a highlight reel every week, and the TCU defense is finally healthy and playing as good as advertised. The Cowboys have a capable two-headed quarterback monster in Mason Rudolph and J.W. Walsh, and a heck of a play maker in James Washington.

Both have good defenses, but I would have more faith in TCU's slowing down the Cowboys more than Oklahoma State slowing down TCU. Take the Horned Frogs and give up the points.

I'm a big fan of the Fighting Irish this season. I think they have the best trio of offensive playmakers in college football in DeShone Kizer, Will Fuller, and C.J. Prosise. Throw in a solid defense and you have the recipe for a winning team. Pitt is not going to make it easy for them to win. Their offense is capable and their defense is not bad either.

The game will be good, but I am not confident Notre Dame will be able to cover the spread.

Arkansas is kind of a mystery. At times they look like legitimate competition, but there are also times they look like chumps. Brandon Allen is good as is his top running back, Alex Collins. However, Chad Kelly and Laquan Treadwell are playing lights out football right now. Tack in the Ole Miss defense's ability to shut people down and you have the recipe for an easy Rebels win.

Will it be enough of a win to cover the spread? I'm going to say no, but it's not a confident "no."

Iowa has been a pleasant surprise this season. C.J. Beathard is playing well and their running game is second to none. The question here will be whether their defense can slow down the Indiana passing attack. However, that may not matter since the Hoosiers give up 37 points and 500 yards of offense a game.

This game will be an entertaining one, but Iowa's running game will keep the Hoosiers from getting their offense rolling. Take Iowa and give up the points, but don't expect to win by more than 10.

Kyler Murray lived up to the hype with a great game against South Carolina last week. To beat Auburn he is going to have to do what he did last week—not turn over the ball. He and Tra Carson will need to establish the run early against the Tigers. Auburn's defense is giving up over 200 yards a game on the ground so that should not be an issue.

Sean White is not bad, but he is not good either. Texas A&M's defense should be able to handle him and anything else the Tigers throw at him. The question mark will be whether Auburn's defense can play as well as it did against Ole Miss. I'm going to say no. The Aggies will cover the spread.

This will be the game of the weekend, but you didn't need me to tell you that. It features two of the best running backs in the nation in Derrick Henry and Leonard Fournette, two talented quarterbacks in Jacob Coker and Brandon Harris, and a pair of decent defenses as well. While the running backs are going to be featured look for the winner to be whose quarterback plays better.

Both defenses are going to try to take away the run. To help open the running lanes both will try to pass. Lately, I like how Harris is playing more than Coker. Take LSU and the points.

Offensively, these guys actually match up. The Spartans are averaging 33.4 points a game and the Cornhuskers 33.3. Nebraska has had some terrible luck at the end of games, losing a couple on the last play of the game. So there is potential for a really good game here, but the Cornhuskers will need Tommie Armstrong Jr. back and he should be.

What bugs me about this game is that the Spartans don't play as good as they should all the time. If they don't bring their 'A' game Nebraska could steal this one. Mike Riley might need them to in order to keep his job—but don't count on it. 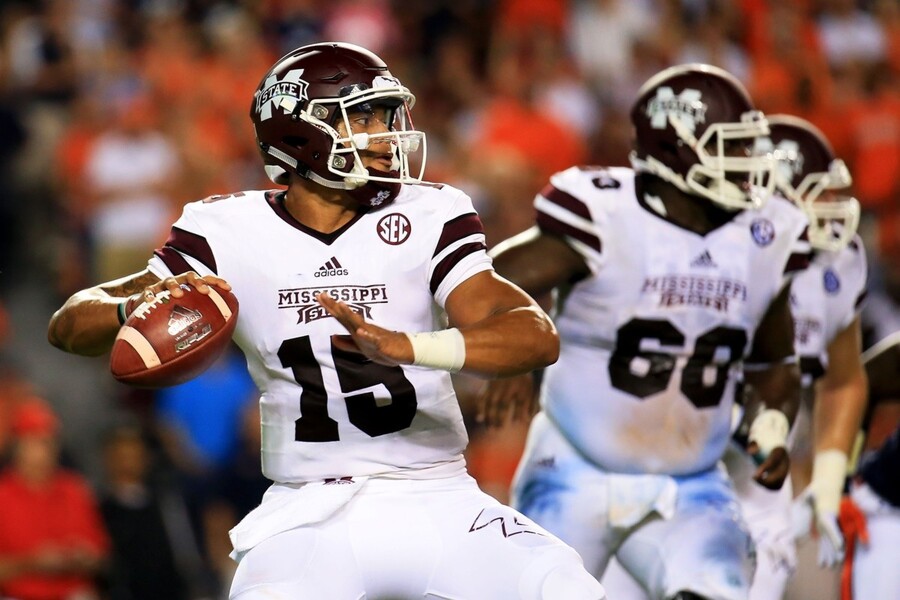 This will probably be the ugliest game of this week's slate because while Mississippi State will beat up Missouri pretty bad they are not going to score more than 21 points.

How in the world is this spread only eight points? Texas Tech has proven that its offense is incredibly and capable of putting up some serious points. Their defense has been a bit lax of late, but they have also been playing some top notch teams. West Virginia has a capable offense, but nothing close to what Texas Tech has. Their defense is good, but may only slow down the Red Raiders for about a half.

This one will be close at the half, but the Red Raiders will blow this one out in the second half.

This is going to be one of the worst games of the season. Should the bad Texas that was crushed by Iowa State last week show up Kansas might make a game of this—if and only if they can play better than they have played all year. Should the capable Texas show up this one will get ugly early.

With stories surfacing about Charlie Strong yelling at his coaches after the loss last week I am not confident the Longhorns will be able to turn it around. They should win an ugly game, but don't count on them covering the spread.

I don't like Ohio State. They are too inconsistent on offense, and will be without the services of J.T. Barrett this week. Their defense is still pretty good, but they have not been able to dominate a good team. Minnesota is not great, but they do have a pretty good offense. It should be good enough to hang in the game for the first half, but look for Ohio State to pull away in the second half.

Will they cover the spread? I doubt it, but don't bet on it.

USC is a better team than Arizona, but 17.5 points better? I don't think so. The Arizona running game is pretty good and will be able to take advantage of the USC defense. Will they be able to do it enough to keep Cody Kessler from getting his offense in sync? No, but they will be able to keep them from getting in sync early.

Look for this game to be close in the first half, but for USC to slowly pull away in the second half. Will they pull away by more than 17.5 points? Don't count on it. 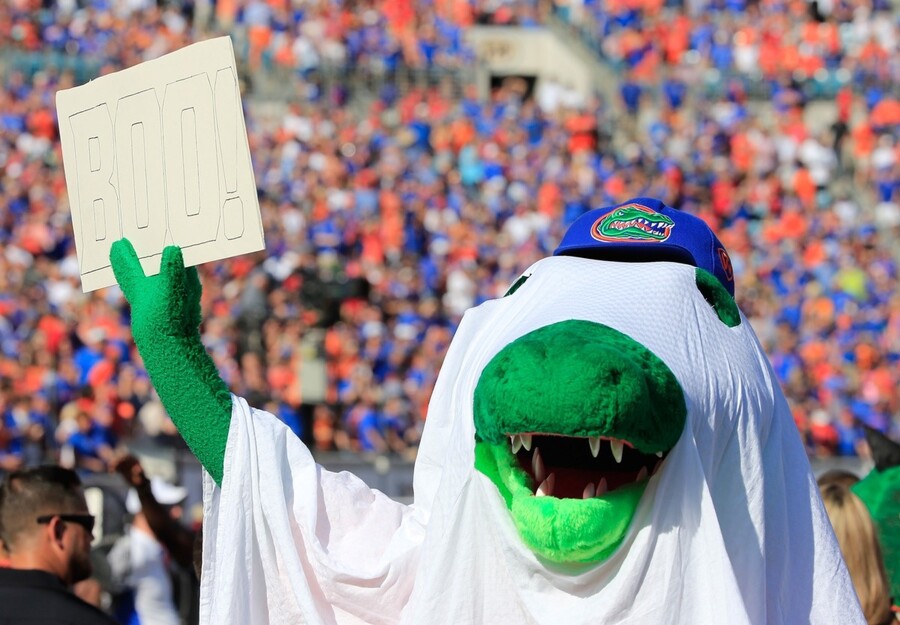 Look for the Gators to make this one embarrassing by the fourth quarter.

Rutgers does not suck, but it is nowhere near being in the same class as Michigan. The Wolverines defense is good enough to make this one get ugly quick. The question will be how long it will take Jake Ruddock to get the offense moving. The defense will give him plenty of chances so that should not be a problem.

Michigan will shut Rutgers down, but the Wolverines offense is not good enough to make this one really interesting. Look for them to shut Rutgers out, but not score more than 28.

Houston is getting no respect here. The Cougars are playing some of the best football in the country right now. Greg Ward Jr. and Kenneth Farrow are a dangerous pair of play makers, and the Houston defense is pretty stout. Cincinnati, on the other hand, has a good quarterback in Gunner Kiel, but he needs more play makers.

For the Bearcats to have a chance, their defense is going to have to figure out how to contain Ward Jr. and Farrow. Don't count on it happening. They may slow Houston down for a quarter, but that's it. Look for Houston to make this one ugly in the second half.

This one could get ugly quick. Josh Rosen will want to rebound off of a tough game against Colorado last week, and should be able to do so against the weak Beavers defense. For Oregon State to have a chance they need to establish a running game to keep their defense from having to do too much or from Josh Rosen getting a chance to do much.

There is just one problem—they don't have the play makers to get it done. Look for Josh Rosen to light the Beavers up. The spread will be covered by the half.

Iowa State showed some promise against Texas—but it was Texas. Should they be able to run the ball against Oklahoma like they did against the Longhorns this could become a game, but don't count on it. Instead, look for Baker Mayfield to go nuts and for Samaje Perine to run wild over Iowa State.

If Oklahoma does not cover the spread by half time something is wrong.