The college football season is getting good. Saturday's slate of games is starting to feature more entertaining contests between comparable teams, and fewer power houses playing cupcakes. There will always be a few cupcakes every weekend, but at least there are more and more quality games for fans to watch instead.

For the betting man, this means we have more good games that are hard to call, bad games with spreads that are likely to be beat, and ugly games that we will never understand why they were scheduled in the first place.

Normally, I would say Penn State and not think twice about it, but after watching Indiana hang with Ohio State and having seen Christian Hackenburg implode before, I don't think it is that easy to call. Indiana has the better offense, but the Penn State defense is pretty tough. This should be a very competitive game.

I don't see Penn State being able to hold it together for the whole game against a good Indiana offense. If the Nittany Lions win, it will not be by a touchdown.

Most people would probably not call this a good game, but I really like the potential Navy has in its running game. C.J. Procise gives Notre Dame a pretty good one too. What will make this one tough for Navy is the lack of a passing game. Should Notre Dame get a big lead they will have a hard time overcoming it.

Good thing is the Midshipmen are pretty tough on defense so I could see this being a good game, and Notre Dame not covering the spread.

I am starting to come around on Michigan. The Wolverines know they can't count on winning it through the air and don't bother trying to do so. They take over games with their defense and running game. The problem they will have this week is Northwestern defense which is also pretty tough. Both teams have top ten run defenses so neither club should count on the run game to win it.

That means the game will be in the hands of Jake Ruddock and Clayton Thorson. I don't find Thorson or Ruddock impressive in any way. Since Ruddock has been able to cut down his interceptions since the Utah game he could pull this one out. By more than a touchdown? Don't count on it.

This may be the game of the weekend. Travis Wilson is having a great season for Utah, as is Jared Goff for Cal. Both guys are capable of airing it out and will likely look to do so early and often. Where this game will be decided is in the trenches. Washington and Washington State slowed down the Cal run game and came the closest to beating Cal.

Utah has the No. 27 run defense so it is quite possible that they could get the job done. Am I confident enough to suggest betting on the Utes? Absolutely not. Goff can win the game without a running game. Utah has a decent pass defense, but guys like Goff feed off of decent defenses.

How in the world do the odds makers think Texas will keep it within a couple touchdowns?  The Longhorns defense is not that good, the offense is inconsistent on a good day. Oklahoma, on the other hand has a good running and passing game as well as a respectable defense.

True, the Longhorns have made the last couple Red River Rivalry games pretty good when they shouldn't have been, but the talent level for the Sooners is so much higher than the Longhorns. This one will be over by the first quarter. 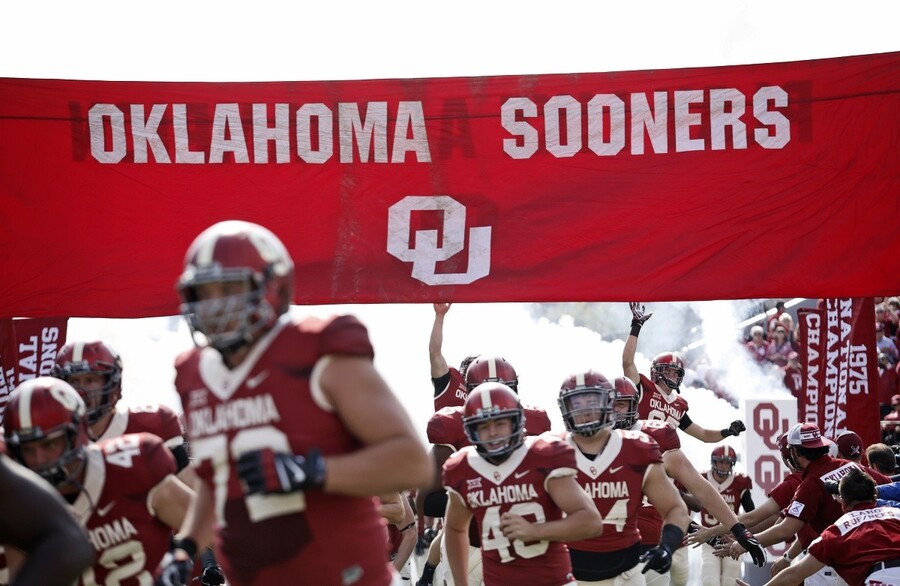 There is really nothing impressive about Maryland that makes me think they can hang with Ohio State. At the same time, I've seen nothing to make me believe the Buckeyes will play well enough to put the Terrapins away early, late, or ever.

OSU will win, but if you are willing to give 33 points be prepared to hand over your money too.

This will be a fun game to watch. Both teams have comparable offenses. Both also have fairly good defenses too. The only reason why Oklahoma State could have an edge, is that they are a passing team and West Virginia lost hard hitting safety Karl Joseph to an injury during practice this past week. However, the Cowboys lost star linebacker Ryan Simmons to an injury last week as well.

I don't see either team winning this game by seven, but I do see it being full of fireworks and a whole lot of fun to watch.

The Bulldogs were exposed last week by Alabama for what they are. They are a good team, but not a great one. Tennessee is a good team, but is it good enough to be Georgia? Probably not. Both teams have good offenses, but the Bulldogs defense is much better than Tennessee's.

The Volunteers are going to struggle to stop Nick Chubb so if the Bulldogs use him like they should this one will be over before the fourth quarter.

After beating Alabama Ole Miss came back down to Earth with a win over Vanderbilt that was closer than it should have been, and then a whipping at the hands of Florida. They should be able to get back on track against a poor New Mexico State team.

Kansas is working on what—their fifth string quarterback this season? They were not that good before the injuries decimated them. Baylor, on the other hand is clicking on all cylinders. It will take a miracle for this game to be competitive.

Look for the Bears to be up by 45 at the half and for Jarrett Stidham to play the whole second half.

Ugh. The cupcake games are not quite done yet. Mississippi State will need to fix what Texas A&M showed them last week is wrong against Troy, and there is no reason to believe they can't. Dak Prescott should have a field day against these guys.

This one qualifies as ugly because the spread should be more. Alabama appeared to get it all together last week against a Georgia that is much better than Arkansas. The only chance the Razorbacks have is establishing their running game early and keeping the Bama offense off the field.

Alabama is only allowing 84 yards a game on the ground so don't expect it to happen. They'll have a 17 point lead before the first quarter is over. 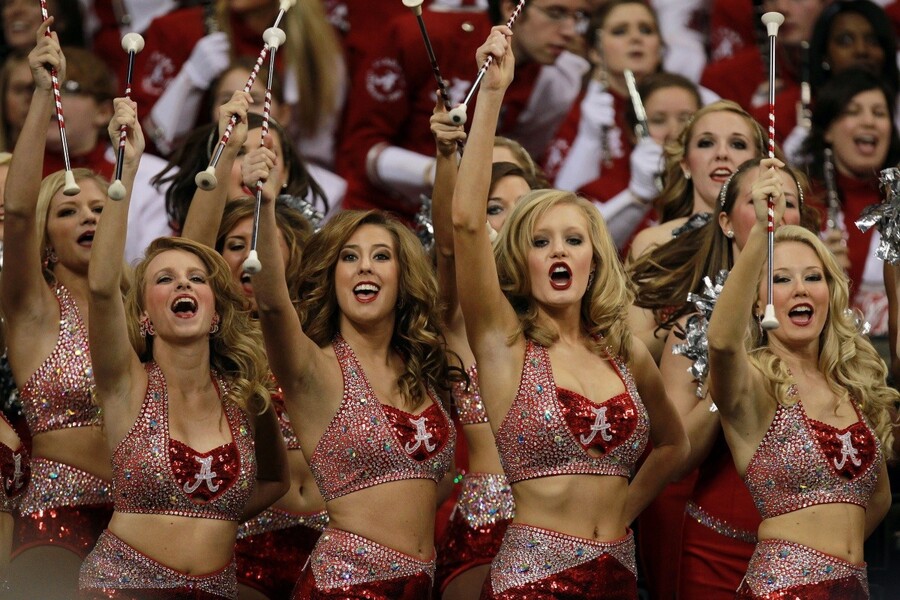 LSU should run right over the Gamecocks. South Carolina does not have a strong defense so Leonard Fournette should run wild. If the Gamecocks defense does happen to slow him down in the first half their offense will not give them enough time to rest and he'll kill them in the second half.

LSU will cover this spread easily in a game only an LSU fan could love.