Pretty soon, even the large and in charge Memphis fan that like to rock out with a megaphone, will start to wear a shirt during games. The temperature is getting colder outside, but lucky for us, the competition is heating up on the gridiron. This week should give fans plenty of good football to watch with TCU and West Virginia lighting up the scoreboard Thursday night.

If the good versions of some teams show up (UCLA, Auburn, Texas Tech, etc.) there will be a number of good games this weekend. As usual, there will be some that are going to be just plain ugly (talking to you Kansas). While I know the guys in Vegas study things much more closely than I do, I can't help but call a number of the spreads this week bad. 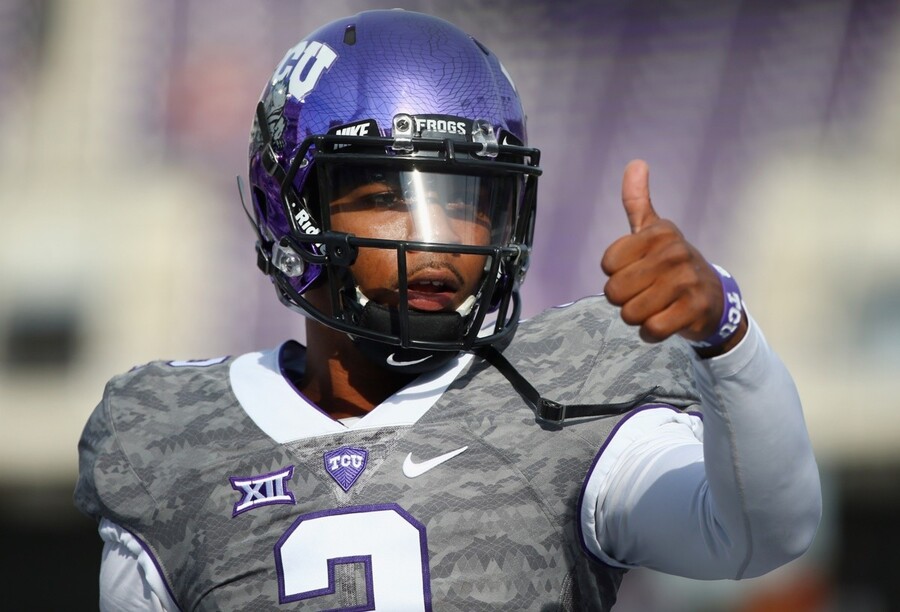 In recent years, this game has been one of the most fun to watch in college football. Neither team really cares much for the other so when the whistle blows you can count on some serious pad popping going on. This season's game should be just as entertaining as year's past with both teams having playmakers on offense and decent defenses.

However, the play makers for TCU are better and they have more of them. Also, with the defense getting healthier they are going to be even harder to score on. The only thing that will keep this one close will be mistakes by Trevone Boykin, but don't count on him making enough to matter.

WVU will give them a challenge, but TCU should beat the spread in the second half.

This is an interesting game. Both teams have played well, but they have also played like crap. Should the Ole Miss that dominated Texas A&M show up this one will be easy for the Rebels. However, Sean White is getting better and better with each passing week. If Ole Miss gives him a chance he could exploit their mistakes and make this one tough.

I don't trust Ole Miss. I'd like to say that they are going to play as good as they should, and would love to see them do so, but I can see them having a lot done this week. I think that will make this a good game with the Rebels winning, but I would take the points on this one.

This game could be surprisingly good. Syracuse is no power house and doesn't belong in the same conversation when it comes to quality teams, but the Orange have proven to be gamers this year. They've had injury issues at quarterback, but have still managed to be competitive in a lot of games you wouldn't have expected.

They don't have a chance of winning this one unless Everett Golson reverts to his Notre Dame days and gift wraps a few interceptions, but it would not surprise me if they covered the spread

I'm a little surprise the odds makers are giving Texas Tech as much credit as they are. The Red Raiders have proven to be quite deadly on offense this season behind Patrick Mahomes and their defense is not bad. Oklahoma State has a good offense as well, and a tough defense.

However, the Cowboys had a tough time with West Virginia and Kansas State, and the Red Raiders definitely have a better offense than both. I wouldn't bet on this one, but if I were to pick an upset of the week it would be this one.

This could actually end up being a pretty good game. Iowa State can score some points and will need to through the air to get on top of Texas and force them to abandon the run. However, if they don't and Texas is able to establish the run this one could be decided early.

I'd like to say Texas should win this one by 14, but the Longhorns have been too erratic on offense this season. Good thing is the Iowa State defense will not really present a big challenge (Texas wins by 3). 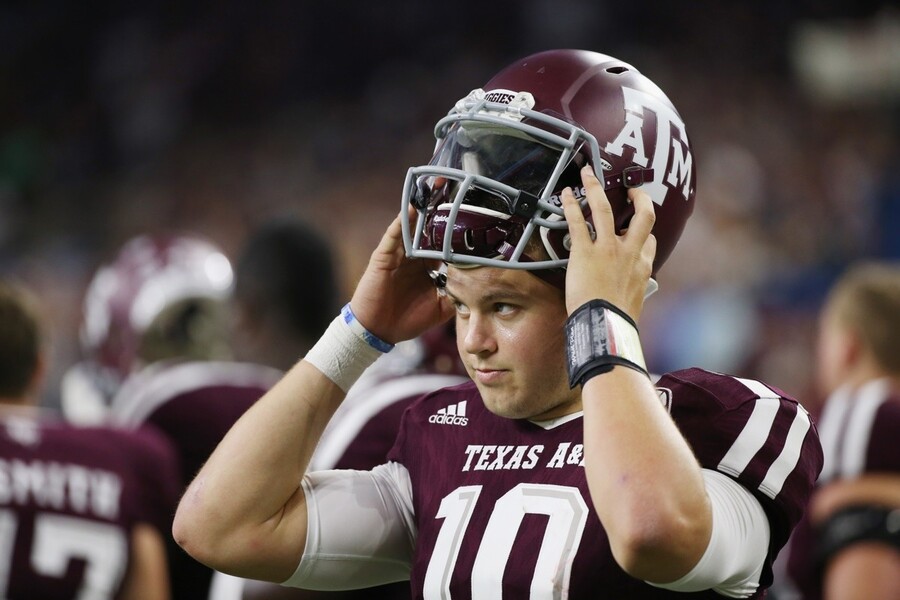 I'm a little surprised the odds makers are still giving Texas A&M as much love as they are. Did they not watch the Ole Miss game last week? The A&M offense is in shambles yet again during the mid-season much like last year. It's probably because the South Carolina offense isn't any better.

This game will come down to one thing – John Chavis getting the most out of his defense. If that unit plays as well as it can, it may not matter who Texas A&M starts at quarterback. They may score enough points to win on their own.

The odds makers caught me off guard on this one too. Yes, Jared Goff can do wonders with that offense, but after two losses where is his confidence going to be? It shouldn't matter anyway with Cody Kessler and the Trojans suddenly playing like the hottest team in college football.

After manhandling Utah there is no reason to think the Trojans will not manhandle Cal (especially with the Golden Bears defense being as loose as it is). The spread should have been higher. The final point differential certainly will be.

The odds makers must be all in when it comes to UCLA freshman quarterback Josh Rosen. He is good, but he is also a little too inconsistent for my taste. Colorado's quarterback, Sefo Liufau is one of those guys you've probably never heard of, but he is a pretty good football player.

Don't get me wrong – UCLA is going to win, but I don't think they even come close to winning by three touchdowns.

I would love to have whatever it is the odds makers were drinking when they came up with this line. Yes, at one time Georgia was looking like the real deal, but since Nick Chubb went down the rest of the team really hasn't stepped up. Sony Michel is doing well, but Greyson Lambert has not been overly impressive.

Florida, on the other hand, has been doing rather well. Their running game is on point and Treon Harris looked okay against LSU. This game is not going to be won with offense though. Look for Florida's defense to do to Georgia what it did to Ole Miss.

The spread should have definitely been bigger.

Temple is about to get a hard knock back to reality from the Fighting Irish. Yes, they have gone 7-0 for the first time in school history, but that has been against a real cupcake schedule. To be fair, they deserve some credit for the Cincinnati game, but otherwise their opponents have been unimpressive. Penn State would crush them if they played again.

They don't belong on the same field as Deshone Kizer, C.J. Procise, and the Notre Dame defense. The spread should have been a lot bigger. 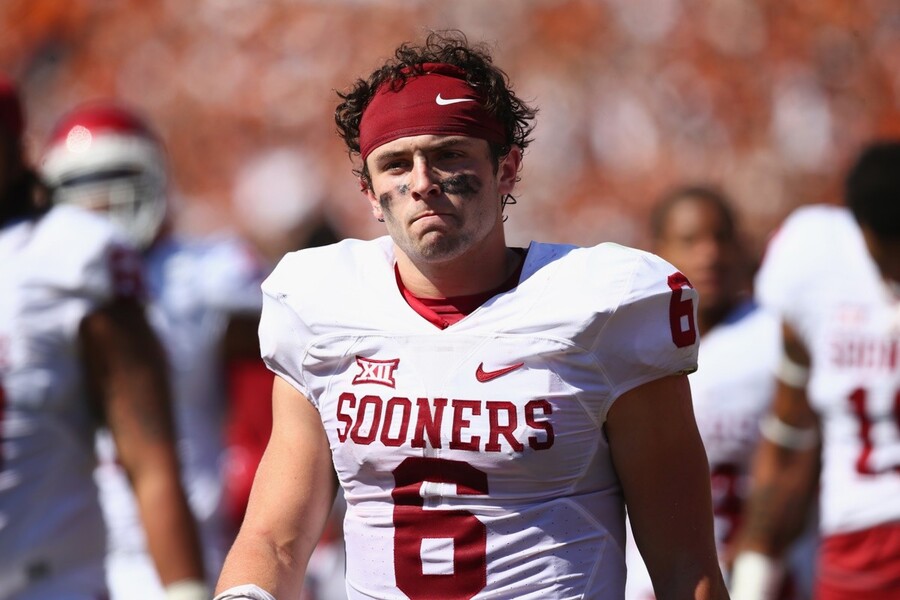 This will be a game only Oklahoma fans, Baker Mayfield's parents, Joe Mixon's parents, and Samaje Perine's will enjoy. If you thought last week's game against Oklahoma State was bad, this one will redefine your perception of bad.

The spread will be covered by the half. If not, fire Bob Stoops.

Just 17 points? Come on son! Maryland has a weak defense and only a so-so offense on a good day. Iowa, on the other hand, has a two-headed monster in the backfield in Akrum Wadley and Jordan Canzeri (if he plays). The Iowa defense is not joke either.

Look for whoever lines up at running back for Iowa to have a career day, and for the spread to be covered sometime by halftime.

Memphis has game—lots of it in fact. Tulane, on the other hand is still trying to figure out what game they are playing. This one will be so easy the Tigers will be inserting their scout team quarterback in the fourth quarter.

When the season started, I was a fan of the Beavers. I like what Seth Collins brought to the table and hoped to see good things from him and the Oregon State Beavers this season. Well—it hasn't happened and now I don't think it will. Not against Utah at least.

Should the offense get on track and score some points, the Beavers defense is going to help Travis Wilson and Devontae Booker feel good about themselves after poor showings against USC. I think they will, and that they will make this one ugly early (24 point lead in the early minutes of the second quarter).

Statistically, these guys appear to match up fairly decent. Both offenses produce around the same, but with Michigan scoring a little more than Minnesota. However, Minnesota has not seen a defense quite like Michigan's.

The Wolverines are going to take away the Minnesota running game and force them to pass a lot. Michigan will take advantage of the turnovers they are going to create and run the score up early thanks to great field position.

Look for the Wolverines to record another shut out (28-0).

This is a big week for the Houston Cougars just because the opponent is from the all mighty SEC, but they should have no trouble at all against the Commodores. Yes, Vanderbilt has a tough defense, but their offense is so poor that the Houston offense is going to have more opportunity to get on track than they need.

Houston's defense will handle Vanderbilt's struggling offense with ease while the offense wears the defense down till they can't keep up. Look for this to turn into a blow out in the second half.