By Travis Pulver on October 2, 2015 in Articles › Sports News

This is a great point in the college football season. Non-conference schedules (aka the crappy games) are pretty much done, meaning it is time for the real games to begin. It's time to see who is a legitimate contender and who isn't – time to separate the men from the boys. Will West Virginia be able to handle big, bad Oklahoma? Is Alabama's reign of dominance over? Is Georgia for real? Will Charlie Strong still have a job after TCU destroys the Longhorns?

These questions and more will be answered this week as the good, the bad, and the ugly of week four of the college football season entertain the masses on Saturday. 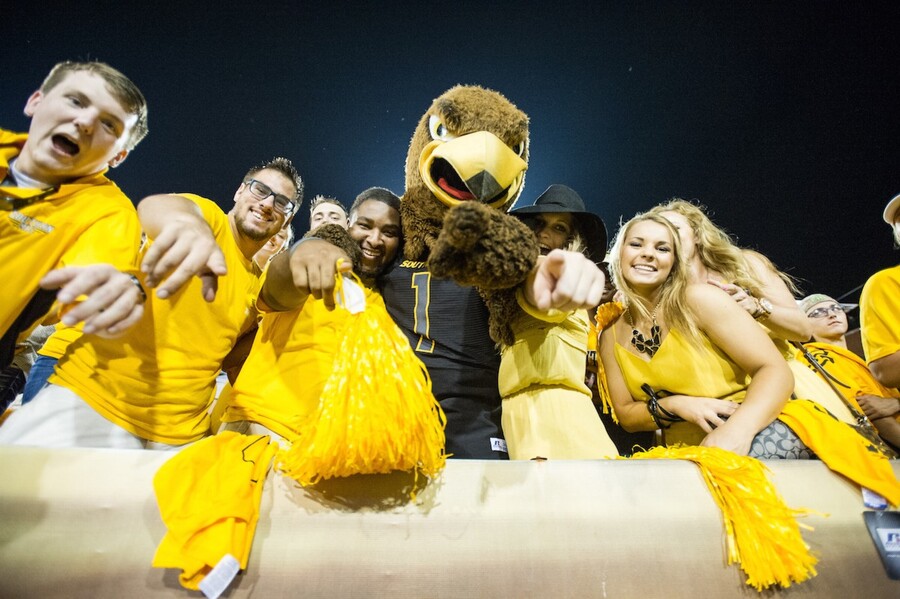 This could be the best game of the weekend. Both teams have good quarterbacks, good running games, and tough defenses. What's interesting is that while West Virginia's defense has allowed an average of 14 fewer points a game than Oklahoma and their offensive production is almost the same (543.3 yards/game for WVU and 553.3/game for Oklahoma), the Sooner are the favorite.

That is likely because Oklahoma is going to be the first good team WVU has played this season. If the Sooners can get Samaje Perine going early, that could make the difference in the end.

Most of the country will probably not watch this one, but the two service academies have two of the best rushing games in the country. If you like smash-mouth football, this will be a great game to watch. It may come down to who has the ball last.

Alabama was tested against Ole Miss, and while they lost the game, the potential for greatness was evident in the attempted fourth quarter comeback. Georgia has been playing lights out so far this season, but have yet to play anyone good.

The game will come down to whether Alabama's defense can slow down Nick Chubb and quarterback Greyson Lambert. Since Georgia has yet to play real competition, this one is tough to call, but after the game, it will be clear whether the Bulldogs are contenders or pretenders.

As usual, Texas A&M has a solid offense that many think has yet to reach its full potential. The defense has been much better this season, but it looked way too much like last season's abysmal unit against Arkansas last week. Mississippi State has played well so far this season with just one loss, a tough one to LSU.

For the Bulldogs to win, they are going to need to keep Texas A&M off the field. While their defense is not bad, they have no running game which is going to make that difficult. This one will depend on how well Kyle Allen can get the A&M offense going. If he gets them moving early, which is possible, the Aggies will cover the spread.

This game should be much better than the spread indicates. The Sun Devils are a much better team than their record indicates. They have a good quarterback in Mike Bercovici and a solid running back in Demario Richard. What is probably making UCLA a heavy favorite is the whipping Cody Kessler game Arizona State last week.

Assuming Josh Rosen can do the same and Richard can't exploit the absence of Myles Jack in the UCLA defense this spread will be covered, but don't expect it to happen. 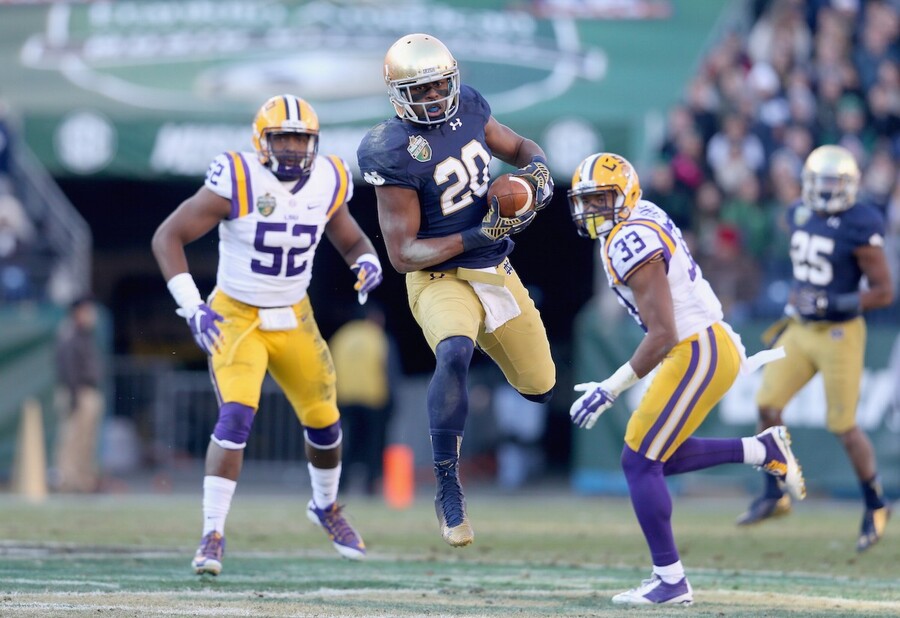 This should be a great game. Notre Dame has a great running game, solid defense, and does not seem to be slowing down after losing Malik Zaire for the season. Clemson has a veteran quarterback, a good running back, and a tough defense. This one will hinge on C.J. Prosise keeping Clemson's offense off the field and Deshone Kizer keeping the good times rolling.

So basically it's too close to call.

Texas Tech appears to have its offensive swagger back this season and its defense is not bad either. It couldn't stop TCU, though, and the Baylor offense has much more firepower than the Horned Frogs. Baylor has been a slow starter this season, which is likely the only way the spread gets covered.

That's assuming Texas Tech can get their offense going early. If they can't, that will give Seth Russell a chance to get his on track and make this one look bad real early.

Ohio State should be ashamed that they are only a three touchdown favorite in this one. The Hoosiers do not have a play maker like they did last season in Tevin Coleman, and really shouldn't be able to slow the Buckeyes down. The only thing that can hold the Buckeyes back in this one is themselves.

Ole Miss should be angry that they are only a touchdown favorite in this game. Their offense has been explosive and their defense has played well too. Now they did play some soft competition early on, but the win over Alabama was better than the score indicated. Florida is playing much better this season, but the Rebels should turn the Gators in to hand bags by halftime.

Texas shocked the world with how well the offense played against Cal, but the offense did come down to Earth last week against Oklahoma State. However, the defense played well against a good Cowboys offense. However, to keep this one from getting ugly early the Longhorns defense is going to have to play even better against the Horned Frogs.

If Heard can get on track early against a TCU defense that keeps losing players, that could keep this one from getting out of hand early (don't count on it).

Only three touchdowns? Really? Purdue has a weak defense and an offense that is turnover prone. If Michigan State doesn't have a three touchdown lead by the half they should be ashamed. The Spartans have a good defense and Purdue quarterback Austin Appleby is as mistake prone as they come.

Look for this one to get out of hand early.

This one is pretty surprising. Have the odds makers not seen a single highlight reel of an Auburn game this season? The defense that was supposed to be so great with Will Muschamp is mediocre at best; it certainly can't stop the run. The quarterback play was so poor the first three weeks they switched to a redshirt freshman that really wasn't much better.

Is San Jose State that bad? Their passing game doesn't suck, but it isn't great either. They do have a beast at running back in Tyler Ervin. If he can continue to play like he has been there is no chance Auburn covers the spread. Heck – don't be shocked if the Spartans win this one.

It is a little surprising that the spread is only 19 points. Cal quarterback Jared Goff is a beast. He has the skill, the poise, the intelligence, and weapons to tear up Washington State. The Cougars can pass, but that's it. Their defense isn't bad, but is it enough to slow down Goff?

Vegas should have come up with a line for Leonard Fournette against Eastern Michigan. Forget the rest of the Tigers. Fournette can beat these guys on his own, and will likely have another 200+ yard day with multiple touchdowns.