It is a sad time for college football fans. Yes, it will be great to see who gets crowned champion in each conference, but it means that the college football season is winding down. Soon it will be time to start paying attention to college basketball while casually monitoring the recruiting trail of your favorite football team.

Will your team find the missing link on the recruiting trail? Will they be the team to beat next season? Fans will have to wait to find out the answers, but if they want to find out who the champions are this season they will soon find out.

Some are no brainers, but some look like they are going to be pretty competitive. 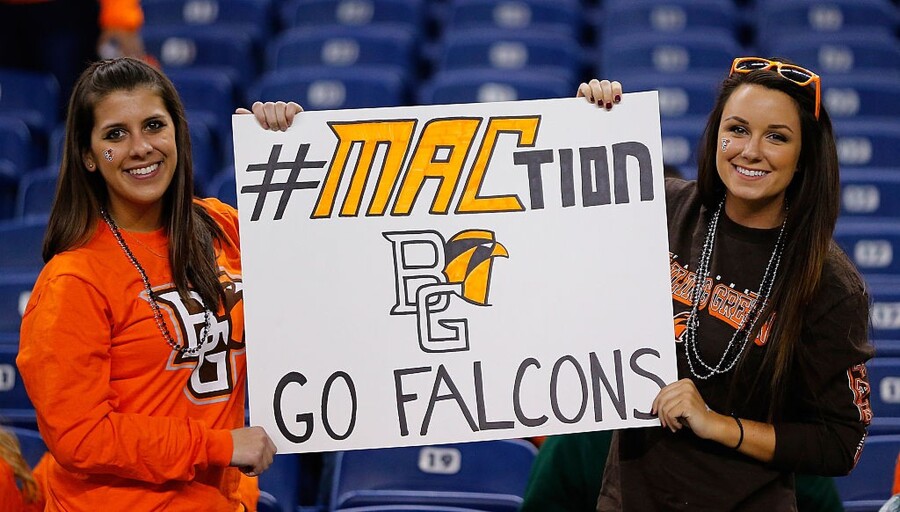 Northern Illinois is going to have a tough time in this one seeing that they will likely be down to their third string quarterback – which is never a good sign going into a championship game. They may be in luck since Bowling Green has a weak defense giving up over 400 yards of offense and 27 points a game. However, they can afford to give up a lot since they score a lot (44.2 points/game).

This could very well end up being one of the more exciting games of the weekend. Both teams have prolific offenses that are pretty good at passing and have nice running games to complement their passing attack. Southern Miss is a little better at running the ball, but Western Kentucky holds the edge in the passing game. Both teams average over 40 points a game (44.2 for WKU and 41.7 for Southern Mississippi).

Both have good defenses, but Southern Mississippi holds a slight edge having allowed fewer points (22.4 to 25.0).

Winning is not something Southern Mississippi is accustomed to (4-32 the last three seasons). While they may hold a small statistical advantage, Western Kentucky is riding an 11-game conference winning streak. I would lean towards Western Kentucky winning, but not by more than a touchdown (so take the points).

For Temple it will be the school's first appearance in a championship in 48 years. Houston has a lot riding on the game as well since a win will probably make them a lock for a New Year's Day bowl game. Of course, only one can win and the odds are in Houston's favor.

Temple's best shot is to figure out how to keep Houston's offense off the field. The Cougars have one of the better offenses in college football led by Heisman hopeful Greg Ward Jr. After scoring a season low 17 in a loss to UConn (with Ward sitting out most of the game), the team bounced back with 52 against a tough Navy defense.

Navy's offense may one-dimensional, but the Midshipmen proved they could pass against the Cougars last week. If Temple is going to win, they are going to have to do the same, but passing is not what they are best at (209.6 yards/game). Temple lives off of its defense (18.8 points/game), but they may find it too difficult to slow down the Cougars.

Houston lit up a good Navy defense with over 300 yards passing and 111 yards rushing from a guy listed as a cornerback. Look for them to do the same to the Temple defense and win by 14.

This is going to be ugly. Florida has been living off of its defense this season with some occasional success on offense. They have yet to face anything even remotely close to being in the same category as the Alabama offense. While Florida's defense is pretty good, Alabama's is better.

For Florida to have a shot the Gators are going to need to force Alabama to make a few mistakes and capitalize on them. Don't expect it to happen. However, I would exercise caution when it comes to betting on this one. Alabama has a tendency to not always put teams away when they can.

If you want to watch a slugfest this game is for you. Neither team passes much (or well). Both make their living in the running game (323.2 yards/game for AF and 235.5 yards/game for SDS). San Diego State is much better at stopping the run (95 yards/game allowed next to 139.5 allowed by AF).

I would love to go with Air Force on this one, but San Diego State has owned the Falcons beating them the last five times they played and holding them to half of their rushing output the last two times. Look for this to be a close one with San Diego State winning by three.

The last time these two met in September, USC came out hot, but Stanford cooled the off and won by 10. However, this was all before Steve Sarkisian was fired. Since then the Trojans have had one of the more remarkable turnarounds in recent history. They lost their first game post-Sarkisian to a tough Notre Dame team, but rattled off four good wins before stumbling against Oregon.

The key to this game is going to lie with the running attack for both teams. Christian McCaffrey had a great day in the September game against USC (249 total yards). USC gained 155 yards on the ground, but no runner really stood out.

For USC to have a chance they need to get Ronald Jones II or Justin Davis started early, but if they can't stop McCaffrey it will not matter.

This will be a much better game, but the outcome will be the same. Stanford will win, but I'm going to say by just three.

If Michigan State had not been cheated out of a win, they would probably be the No. 4 team with a seat at the CFB playoffs table, but they officially lost to Nebraska and Iowa is the one sitting at the table. The injustice can be fixed, but for that to happen the Spartans are going to have to beat the surprise team of the season, the Iowa Hawkeyes.

To do so they are going to have to do two things: (1) be as efficient as ever on offense and (2) stop Iowa's rushing attack. Neither are going to be easy. Iowa has been pretty stingy on defense, allowing just 18.7 points/game. Iowa happens to have one of the most balanced offensive attacks in the nation (200.6 yards passing/game and 203.7 yards rushing/game), and Jordan Canzeri is not going to go down easy.

The Spartans have already shown they can shut down a potent running back (Ezekiel Elliot), but if Urban Meyer had fed Elliot the ball like he should have that game could have ended differently. Iowa is going to keep feeding Canzeri. 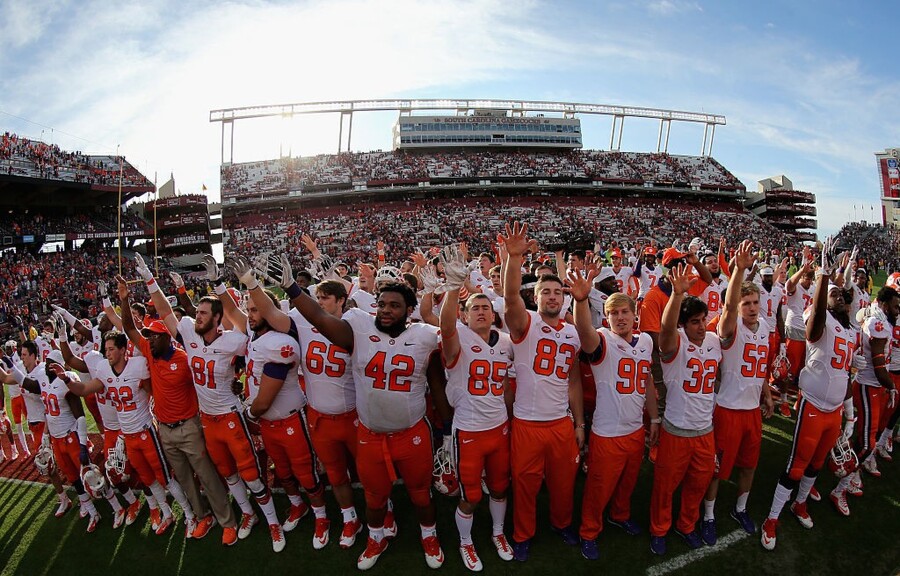 Win or lose, Clemson will make the CFB playoffs this year. It is just a matter of what spot. Beat North Carolina in the ACC Championship and they remain in the No. 1 spot. Lose and they will likely be the No. 4 team, but it would be nice to go in as the No. 1. Knocking them out of the top spot would make North Carolina's season, but can they do it?

The difference will likely be in the defense. North Carolina gives up over 200 yards a game on the ground. Should Clemson be able to exploit that they will win. What could keep Clemson from winning is turnovers. Watson has 10 interceptions on the year and the Tigers have lost 12 fumbles. North Carolina happens to be one of the better teams when it comes to fumble recoveries (9).

Should they protect the ball, Clemson will win easily, but I don't think they will do a great job of it. Look for one or two turnovers to keep North Carolina in the game, but in the Clemson wins by seven.