Everyone wants a good get rich quick scheme, especially if it doesn't take a lot of work and all you have to do is watch a few baseball games. Of course it has to be the right baseball games and you have to bet on them like one gentleman recently did. In the process, he turned $500 into a cool $115K. How did it happen? He placed an $500 bet on an eight leg parlay and won.

Confused? Not sure what a parlay is? A parlay is form of gambling where you place a wager on a series of games. What makes it appealing is that it can be a great way to take a small wager and win a tidy sum, but the odds are stacked against you. This guy either has money to burn or knew something no one else did. Most gamblers would consider such a large bet on an eight leg parlay to be foolish.

Why? If you lose any leg of the parlay than you lose everything.

What's a leg? Well – to explain that let's examine how this gentleman won his $115K. 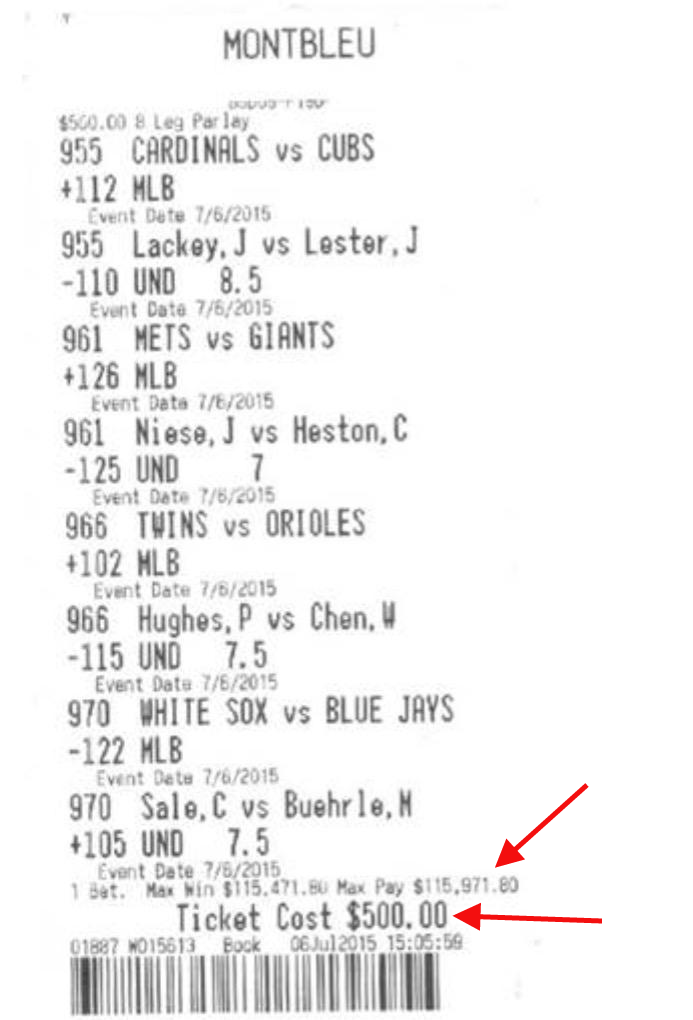 All from a simple $500. Talk about getting rich quick, right?

So there you have it. You are more likely to date a millionaire, die from Parkinson's, or have a drunk pilot flying your plane than you are to win an eight leg parlay.