Ryan Kalil just finished his 12th season with the Carolina Panthers, totaling 148 games over his career. At the center position, Kalil's work often went unheralded. Sure, he's involved in every single offensive play, snapping the ball to Cam Newton or another Panthers quarterback. And he has to block tough interior defensive lineman week in and week out. Simply by the nature of their position, offensive linemen just never get the publicity that their teammates get.

Kalil is looking to change that. In the coming years, you just might see him all over the place.

The 33-year-old said that this season will be his last. Unless he has a change of heart in the final hour, he's ready to hang up his cleats and move onto the next phase of his career: Hollywood. 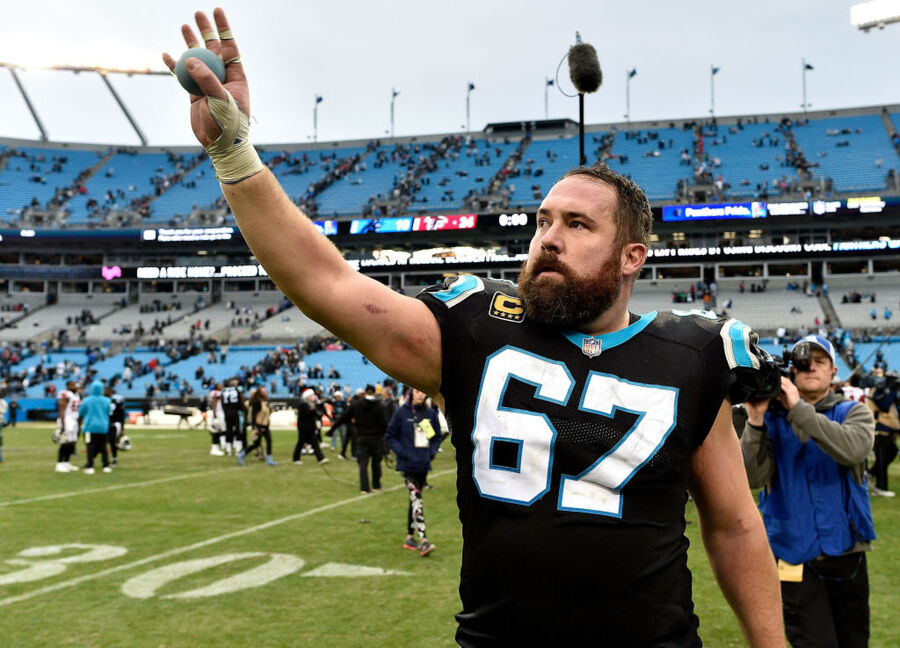 Kalil, along with Detroit Pistons star Blake Griffin, created Mortal Media in 2016. The production company is already working on a sequel to the 1991 film The Rocketeer. Additionally, Kalil co-wrote The Rookie Handbook: How to Survive the First Season in the NFL during the company's first year of existence.

Now, Kalil will be able to spend even more time with his production company. He's worked with Dwayne "The Rock" Johnson on Son of Shaolin and Mortal Media is in talks to produce a sequel to White Men Can't Jump.

For Kalil, it's continuing a passion he's had since childhood. He used to make claymation movies as a kid and partnered with Will Ferrell for an NFL Network football training parody.

As long as Kalil brings his on-field determination and work ethic to film, he'll do just fine in his second career.