When the Seattle Seahawks picked Russell Wilson out of Wisconsin in the third round of the 2012 draft, they thought they were getting a back-up to Matt Flynn, who they had just paid a handsome price for even though Flynn had little actual game experience.

Wilson ended up outplaying Flynn in the preseason and was named the starter heading into Week One. He didn't look great for a number of weeks, but thanks to the running game and a strong defense, the team has often been able to overcome Wilson's growing pains. Fast forward three seasons and he has led the Seahawks to the Super Bowl twice and won once.

Sounds like the kind of guy you want to pay a bundle, right? The question, of course, is what exactly is he worth? With Cam Newton signing a $100 million deal and Ryan Tannehill signing for close to a $100 million with only one playoff win between them, a guy with a Super Bowl win under his best has to be worth his weight in gold.

So how come the Seahawks are balking at paying it? 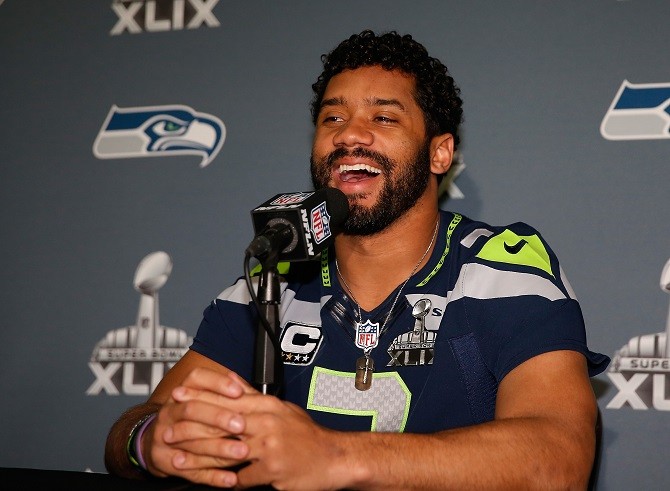 Seattle has stated that while the team wants to sign Wilson to an appropriate extension that shows how much the team values his contributions it has to keep in mind that they still have to have enough cap room to sign a lot of other guys as well.

This makes it sound like the team thinks the Super Bowl win and the success the team has had the last three years is more because of the defense and Marshawn Lynch than Wilson. So he doesn't exactly light up the sky with his passing game (career best last season with 3475 yards). He more than makes up for it by keeping plays alive with his feet and by turning in 849 yards on the ground himself last season.

Maybe the team has realized that while he is not a stat generator, Wilson does generate a lot of what matters most – wins. According to ESPN's John Clayton, there has been talk about a four-year, $87 million deal. This would be a win-win for both.

Seattle has to be concerned about injuries with their running quarterback and they don't want to pay someone a bundle who could blow their knee out tomorrow. They also don't want to overpay a player that is not the main reason they are winning either (some have theorized that Tarvaris Jackson could have led the team to the Super Bowl).

Wilson wants to get paid what he thinks he is worth. While he doesn't have the stats, his leadership is unquestioned, and he has led the team to the promised land twice in just his first three seasons. He is only going to get better.

If he does, when he turns 30 in four years, you pay him appropriately. If he doesn't, you quietly say good while secretly hoping he declines, like many players do once they hit 30.