Former NFL running back Clinton Portis was known just as much for his touchdown celebrations and wacky postgame interviews that featured all sorts of silly wigs and hats as he was for his on-field performance. During a nine-year career with Denver and Washington, Portis rushed for 9,923 yards and 75 touchdowns, and added an additional 2,018 yards and five touchdowns as a receiver.

Portis retired after the 2010 season, after earning more than $40 million in salary and bonuses. Unfortunately, his financial situation since then hasn't been very sunny. Between back taxes, car payments, and casino debts, Portis owes more than $1 million to a number of entities. 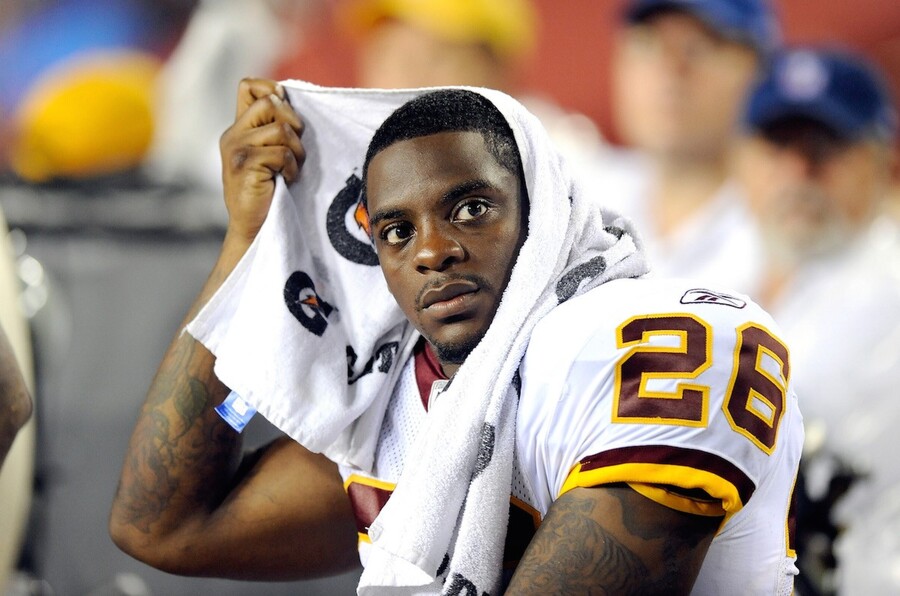 The bank that holds the note to a home in Alachua County, FL – where Portis grew up – has been trying all year to repossess a property that Portis and his mother hold the deed to. And that's not the only piece of real estate giving Portis trouble. He managed to avoid foreclosure on a Miami condo by selling it, but he's also going through its foreclosure proceedings on a $512,000 mortgage. He's also working on a settlement to avoid possible foreclosure on a different property in Coffee County, Alabama, and is facing a $20,000 lawsuit from a condo association over assessment money.

Meanwhile, the former University of Miami standout is being hounded by the IRS, too. He owes nearly $500,000 in back taxes, after missing payments in both 2006 and 2010. And Portis' gambling habits have come back to haunt him – the MGM Grand Casino in Las Vegas won a $287,178.56 default judgment against him in a case from 2011.

Finally, a car dealer sought $157,290 in payments on an Audi S5 – that's more than $100,000 over the MRSP for a 2016 Audi S5, let alone an older model. This particular lawsuit was dismissed without prejudice, which means a settlement is likely.

Portis attributes most of his money problems to a failed investment in a casino project back in 2011. Portis and 34 other NFL players lost $43.8 million in a scheme set up by financial advisor Jeff Rubin. Though there were other big-name players involved, including Terrell Owens, Plaxico Burress, Santonio Holmes, Kyle Orton and Greg Olsen, Portis says he's the one that's felt the most damage because he had the deepest pockets at the time. Now, he says everyone's trying to hold him responsible for a bad business deal involving a lot of people.

But the 34-year-old Portis insists he's not broke. In fact, he says, you just have to check out his social networks to confirm that.