By Caitlin St John on November 6, 2017 in Articles › Sports News

Since retiring from the NFL in 2010, record-holding wide receiver Terrell Owens has lost all of his once-$80 million worth. The 43-year-old, who is now a contestant on Dancing With The Stars, has been open about his financial troubles. These are the four biggest takeaways he has learned since his economic downfall:

1. Don't live beyond your means.

Once he was drafted in 1996, Owens, like many rookies, was infatuated with the flashy lifestyle the NFL could offer.

"At that time I got sucked into wanting to be like everybody else, the guys with the Mercedes and all the flashy cars and the jewelry," he says. "I think those are some of the most idiotic purchases I think players can do, especially when they don't have that money in the bank account to really pay for that stuff."

Owens continues, "My advice to any fan or athlete out there: Just don't live beyond your means. You definitely have to be smart." He adds that athletes who receive lofty signing bonuses have to remember that taxes will take a big chunk of that: "Those things have to be accounted for." 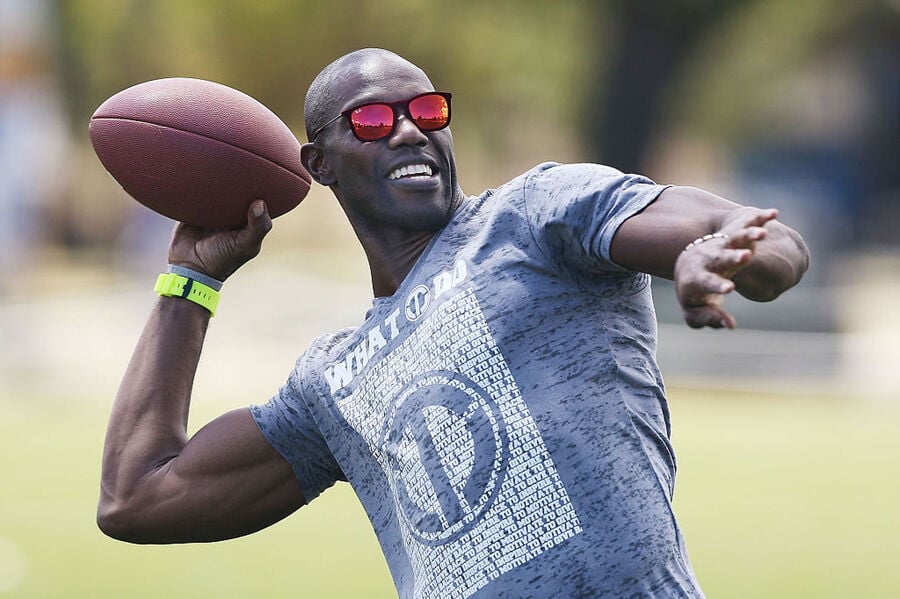 2. Take ownership over your money.

According to Owens, athletes hear from financial advisers promising to "have your best interests at heart" frequently.

"I took it for face value and I got burned," Owens says. "I can't blame them totally because I had some responsibility in that myself, because I should've been able to really manage my finances just as well as they were doing."

3. If you don't understand, ask questions.

"It's a really tricky situation when you're an athlete. You want to kinda keep a lot of things close to vest and I think the best thing to do is ask questions before it's too late," Owens says.

He continues, "Find somebody you feel that are experienced in that area to give you advice, ask them what do you think about this. Don't take anything for granted."

4. Think twice before making a purchase.

"It's like 'mo' money, mo' problems,' so to speak," Owens says. "Sometimes at that moment you think [a purchase is] very well calculated, but in the long run you're like, 'Ah, I don't think I should've bought that.'"