During his career, Vin Baker was a force on the court. He played 13 seasons, earning nearly $100 million, making four All-Star appearances and winning an Olympic gold medal along the way.

But as his playing days ended, Baker's free-spending and alcoholic ways had taken their toll. He lost all of the money from his career. The bank foreclosed on his properties. He went to rehab three times. He even had visions of how his life would end.

"I was going to die in a car crash," Baker said. "It played through in my mind many times."

Baker knew he needed help to get back on track. He stopped drinking. Days of sobriety turned into weeks, then months, then a year. He had an ally in Starbucks chairman Howard Schultz, who owned the Seattle Supersonics when Baker played there. 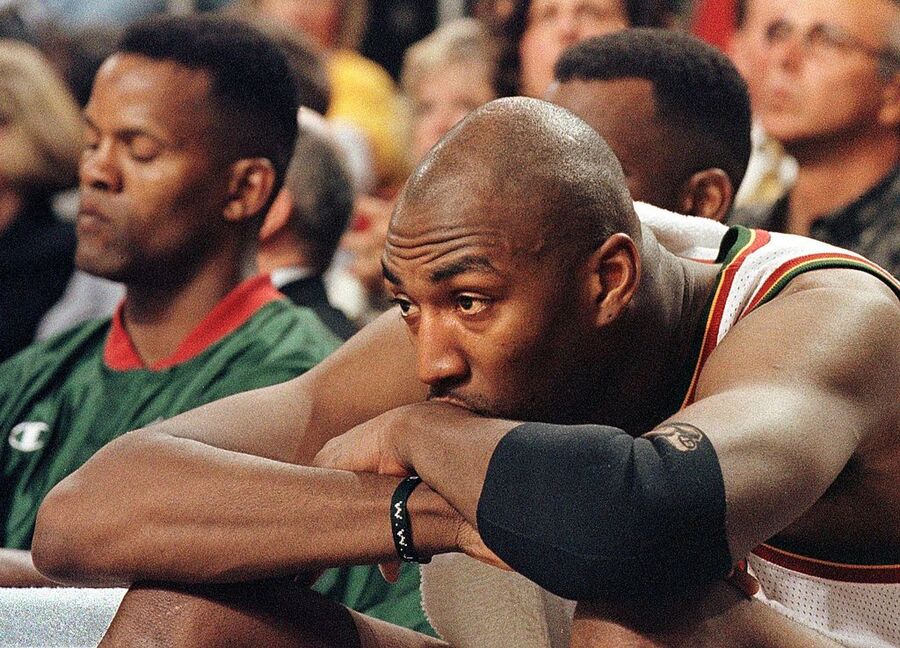 Schultz gave Baker a chance – and the 6'11" forward became one of the tallest baristas Starbucks has ever seen. He'd open the store at 3:45 a.m., ready to greet customers as they started their day. Baker wrote about the experience in his autobiography God and Starbucks, released this summer.

Now, he's devoting his life to basketball and his children. One of his happiest moments? When his son received a scholarship to play at Boston College.

Simply seeing others experience the joy of basketball has helped Baker in overcoming his past demons. He took a job this summer serving as the director of basketball for Camp Greylock, a boys summer camp in Becket, Massachusetts. He's also coached middle school and high school kids and hopes to impart his hoops knowledge on the young minds.

"I very much love the process of seeing a kid who can first dribble at 5 or 6 years old and get to the point of scoring and developing a game," Baker said.

The kids at camp receive plenty of advice and excitement from having an NBA All-Star coach their game. For Baker, getting to interact and make memories with them is just as rewarding.