At one time, Lenny Dyskstra was loved and adored by millions. He was a star outfielder for the New York Mets and Philadelphia Phillies, a three time All-Star, and a former World Series champion. During his playing days he made over $36 million.

Now he is a former felon who is back in the news because he is suing the County of Los Angeles for $15 million. He claims that in 2012, while he was in the L.A. County Jail, he was beaten so badly by six police officers that it has resulted in brain damage. 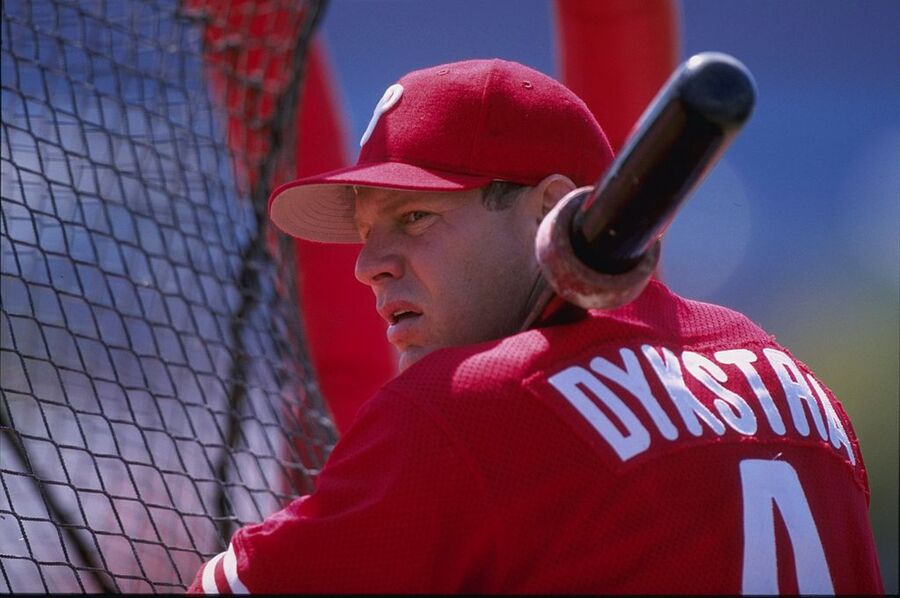 In the suit, Dykstra claims that at least one of the officers simply didn't like him and made it a point to beat on him. During the alleged beating he received at the hands of six officers, one of them whistled the song 'Take Me Out to the Ballgame." He claims that as a result of the beating he has lost teeth, has eating problems, and says "his head is not entirely well."

This is not the first time Dykstra has made these claims. TMZ posted a story on its website back in 2014 in which Dykstra claimed he was pulled out of his bed and beaten by six officers. He said the Captain of the jail had it out for him, and had told the doctors and nurses not to treat his injuries. While he believes the attack was videotaped, he says that it has since been destroyed.

As nice as his life as a professional baseball player must have been for Dykstra, it has been far from pleasant since his playing days ended in 1996. Several business dealings have ended badly, he's had trouble paying his bills, and at one time, he was being sued by as many as two dozen parties. In 2011, he was put on house arrest after being indicted for bankruptcy fraud, but was also facing charges of grand theft auto, obstruction of justice, identity theft, and drug possession.

Three years before his legal issues came to light, he was listed as having a net worth of $58 million, but yet he could not pay the $500,000 bail set by the court, and had to have a public defender appointed to handle his case. He eventually plead no contest to three charges of grand theft auto and one charge of filing a false financial report. The court sentenced him to three years in prison.

As if his public image needed another hit, recently Dykstra went on Colin Coherd's show, The Herd, and claimed he spent millions on private investigators to find dirt on umpires. With that dirt, he says, he blackmailed umpires into giving him a favorable strike zone.