Being a college basketball coach in the current era has to be tough. You want to recruit the truly great talent, but if you do, chances are you will only have them for a season – maybe two if you are lucky – and then it's back to drawing board again.

Some coaches hate it, but there is one coach that has embraced it – Kentucky's John Calipari. Year in and year out, he loses much of his team to the NBA, but since he is able to recruit some of the best talent in the nation the Wildcats are always in contention. 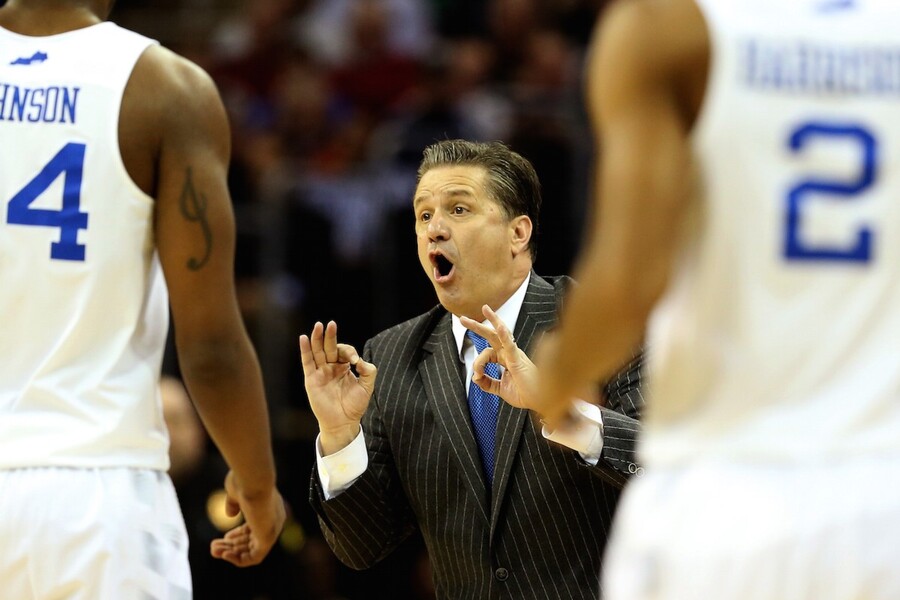 How in the world does he do it?

Mom and dad may love to hear about the education their son is going to get, but more often than not, that is not the case. Calipari's players have become infamous for being one and done. They play the one year required and opt to enter the NBA Draft. As nice as it would be for guys to stay in school all four years, it is not hard to see why.

There is some serious money to be made in the NBA even if you are not a superstar. Being from Kentucky certainly helps get one's foot in the door. Once it is there, it is up to the player to earn his big money deal. Some do, and some don't.

The latest to join the Kentucky Multi-Millionaire Man's Club is Charlotte Hornets forward Michael Kidd-Gilchrist. This season he will be going into the final year of his rookie deal (four-year, $20.76 million). Rather than let him hit the open market, the team is locking him into a four-year extension worth $52 million.

Anthony Davis is the leader of the Club after signing his extension (five-year, $145 million). Including Davis and Kidd-Gilchrist there are currently 19 players under contract, for a total of $652.125 million, in the NBA who used to play for John Calipari at Kentucky:

So how does Calipari do it? What player in his right mind would not want a chance to add their name to this list?