Every year there is usually at least one player that ends up being a cautionary tale: an example of what current and prospective players should make an effort to be nothing like. Last year, that guy was former Detroit Lions wide receiver, Titus Young. This year, the honor belongs to former Dallas Cowboys running back, Joseph Randle.

The Dallas Cowboys took a chance on former Oklahoma State running back Joseph Randle in the fifth round of the 2013 draft. He did little as a rookie, and not much more during his sophomore season, but with the departure of DeMarco Murray, the door was wide open for him to become the man in 2015.

Instead, he ended up getting cut, suspended, and he was recently arrested for the fifth time in seventeen months and second time in February, after hitting three people with his car. Even though he made over $1.3 million during his time with the Cowboys, he told the judge that he could not afford a lawyer or bail money (which was set at $100,000). 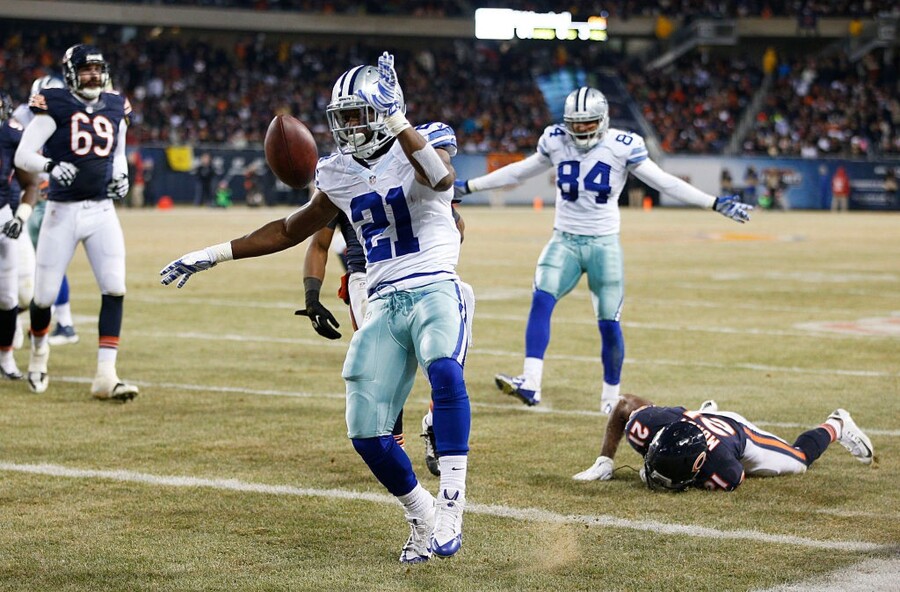 He asked the judge to lower the bail to $5,000, because he didn't have any money, and he needed go work out, because he had plans to go to California soon to receive treatment for his alcoholism. He also claimed that he didn't hit anyone.

The judge declined his request.

When asked about an attorney, Randle couldn't say if he was going to hire one, so the judge told him to fill out a poverty affidavit so the court could appoint him one.

After his shoplifting arrest in 2014 most assumed the Cowboys would cut him then, but the team hung on to him anyway. You would have hoped that he would have learned his lesson, but he was arrested in February and November last year, and again in early February of this year.

During his last arrest, he told the officers that his career was now over, and he was right. No one is going to sign a player with such a terrible track record off of the field, and not much of one on the field.