Back in his day, Troy Aikman was one of the best quarterbacks in the NFL. The former first round pick led the Dallas Cowboys for 12 seasons guiding them to three Super Bowl Wins and earning six Pro Bowl bids and one Super Bowl MVP along the way. When he signed an eight-year deal for $50 million back in 1993 it was the richest in league history at the time.

He later signed another big money deal in 1999 for $85.5 million over nine years, but only played through two years of it. So while his money is nothing compared to what guys get now, it was pretty impressive for his day.

And while Troy did very well financially thanks to people's love of football back in the day, he recently did just as well if not better thanks to their love of hot wings!!!

Aikman retired from the NFL in 2000. Three years later he became the spokesman for Wingstop, a popular restaurant chain specializing in chicken wings and based in Garland, Texas. 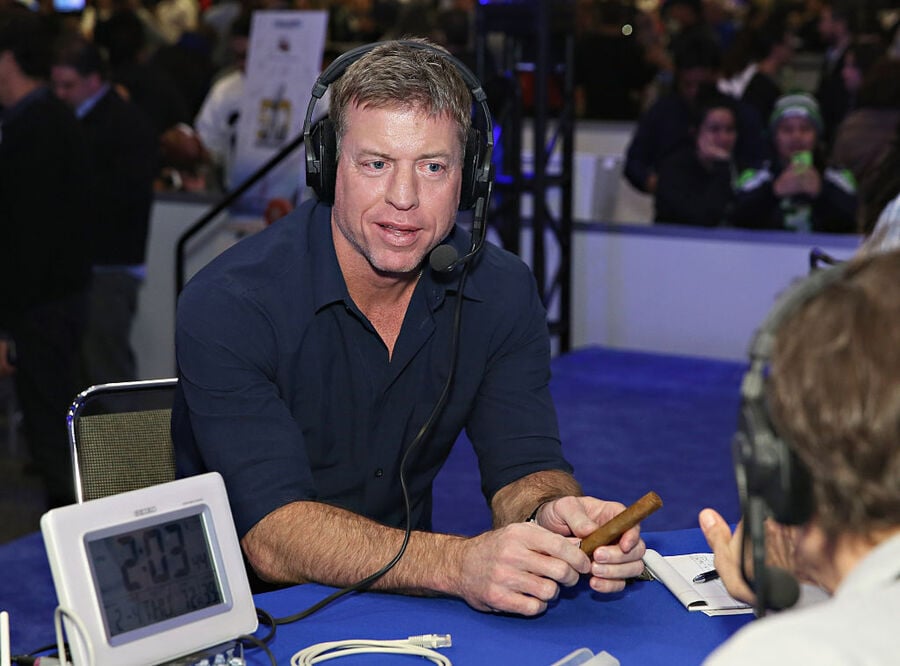 "At the time, it was a natural fit," Aikman said. "They had a Wingstop right across from our Valley Ranch training facility, and I used to meet teammates there on Thursday nights."

When the company's stock went on sale last Friday Aikman cashed out, selling his shares for a very pretty penny. How pretty is not known because Aikman is not talking, but the stock's value rose 61 percent during the trading day (from $19 to $30.50).

All that he would say is that he did better than he did with his rookie contract,, a deal that earned him $6 million. So we know at the very least he earned more than $6 million.

Wingstop was founded in 1994. When it made its deal with Aikman back in 2003, it had around 133 locations. It now has over 750 with more in development spread across the United States, Indonesia, Mexico, Philippines, Russia and Singapore.

The company has plans to grow to more than 2,500 stores in the United States alone, but it seems Aikman had decided to go ahead and call it a day.

"It has been a good run," said Aikman.

Aikman is not exactly hurting for money, so he didn't need to sell his shares, but the former quarterback turned NFL commentator (for which he makes about $1 million a year) saw a good deal and took it. It sounds like his $25 million net worth is going to be bumped up just a little bit.