As you probably know by now, last night Floyd Mayweather defeated Conor McGregor in what turned out to be a pretty fun boxing match that went 10 rounds. I think a lot of people assumed the fight was going to be way more boring, but Conor put up a really impressive fight. Perhaps most impressively though, both Floyd and Conor just woke up with ENORMOUS paydays. If the early reported pay per view numbers are to be believed, last night's fight was the most purchased pay-per-view event of all time. And therefore it was the highest grossing boxing event in history. So what does that mean for Floyd Mayweather's net worth? How about Conor McGregor's net worth?

Prior to the fight, Floyd Mayweather's net worth was $400 million. If the early pay-per-view numbers are accurate, Floyd is likely looking at a $300 million gross paycheck. As a resident of Nevada, he will not pay any state income taxes. He will pay around 39.9% of his earnings in Federal income taxes. He will also pay the Feds $22 million stemming from a debt related to his 2015 income. 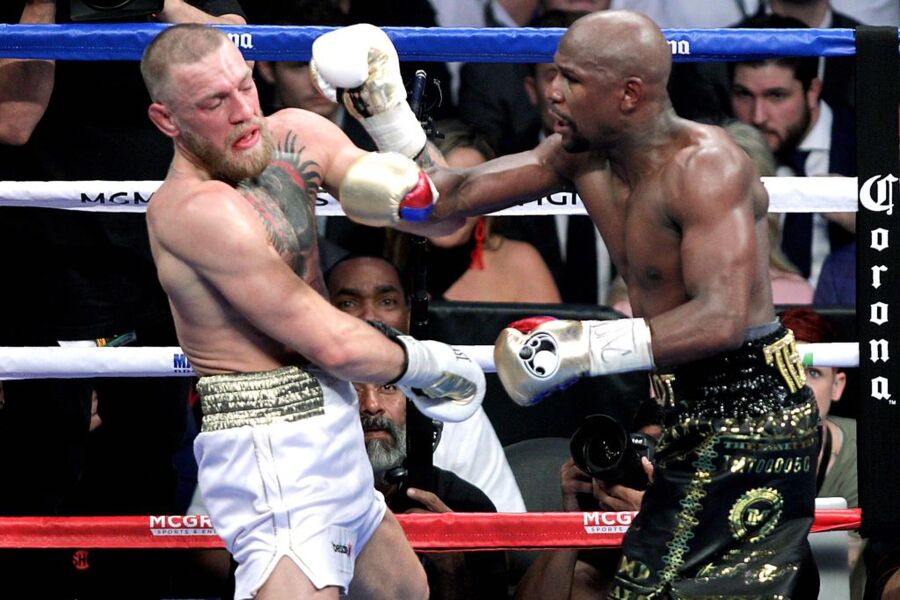 Prior to the fight, Conor McGregors net worth was $35 million. If the current pay-per-view predictions prove true, Conor's payday from the fight will be $100 million. We can safely assume that Conor will lose around 50% of his income to taxes leaving him with $50 million in net earnings. Add $50 million to $35 million and you have Conor's current net worth of $85 million. If Conor actually ends up earning $150 million, which is possible, his new after tax net worth will be $110 million.