Floyd Mayweather's Final Fight Is On Saturday, And It's Shaping Up To Be A Big, Embarrassing Flop

By Brian Warner on September 9, 2015 in Articles › Sports News

The last time Floyd Mayweather stepped into a boxing ring, it was nothing short of a worldwide phenomenon. It was such a big deal, that we here at Celebrity Net Worth began covering the bout against Manny Pacquiao two full months before the May 2nd main event date. In the end, the fight destroyed pretty much every boxing record on the books and earned both Floyd and Manny enormous paydays.

So with all that hype, excitement and record setting, you'd think that Floyd's next fight would be highly anticipated as well. Maybe not quite to the same degree, but still a big deal, right? Especially if it also happened to be the very last fight of Floyd's career. Right? Unfortunately, no. Floyd's final fight is this Saturday and instead of being a worldwide phenomenon, here's the hard truth: 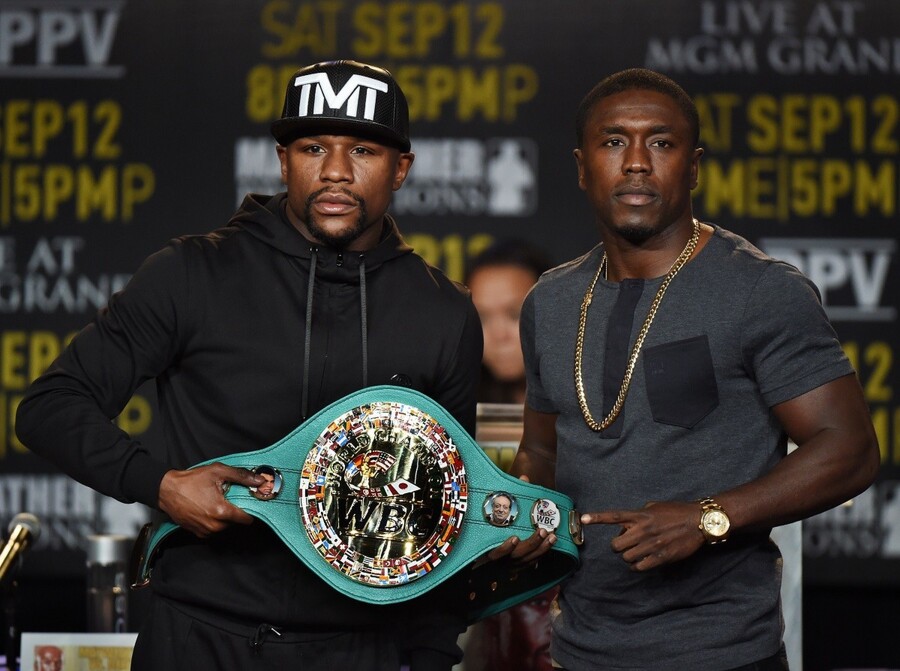 So yeah, in case you didn't know, on Saturday Floyd Mayweather is scheduled to face off against Andre Berto. And Floyd's manager insists that this will 100% be the final fight of his career.

Part of the reason no one seems to care about this fight is because most people who ordered the Pacquiao fight felt burned by the actual action in the ring from both fighters, especially Floyd. Mayweather appeared to spend most of the fight dodging and running away from any real action.

Another reason people are wary of Saturday's fight is because Andre Berto is, by most accounts, a total dud opponent who was hand-picked by Mayweather to preserve his perfect record going into retirement. Berto has LOST three out of his six previous fights. He has also been involved in performance-enhancement-related drug scandals and shoulder injuries in recent years.

Berto will earn $3 million for the fight, while Mayweather will receive $38 million.

Pay-Per-View orders are predicted to not even top 1/3 of the previous fight's numbers. With four days to go until the match, the majority of the arena tickets remain unsold. Ticketmaster alone has 2,100 unsold seats available for purchase right now. Another large swath of tickets that are held by MGM for promotion and comps are unclaimed. MGM Grand has even begun offering free tickets as part of a weekend package deal. Various high profile celebrities have reportedly turned down free ringside tickets, due to lack of interest.

As of this writing, a very decent seat for the fight could be acquired for around $125.

Floyd hasn't been immune to the criticism around this fight. When asked directly about the lackluster ticket and PPV sales, Mayweather told reporters:

And with that, many people will likely take Floyd up on that advice. What a disappointing way to end a career.