The last time we saw Antonio "AB" Brown, the former Tampa Bay wide receiver was leaving the field during the middle of a game against the New York Jets. Brown took off his jersey and tossed his gloves into the stands, doing a mix of high-knees and jumping jacks as he said goodbye to the crowd and headed to the locker room.

There's a possibility we'll never see Brown on a football field again, but he still has at least one person who believes in him: boxer Floyd Mayweather, Jr. 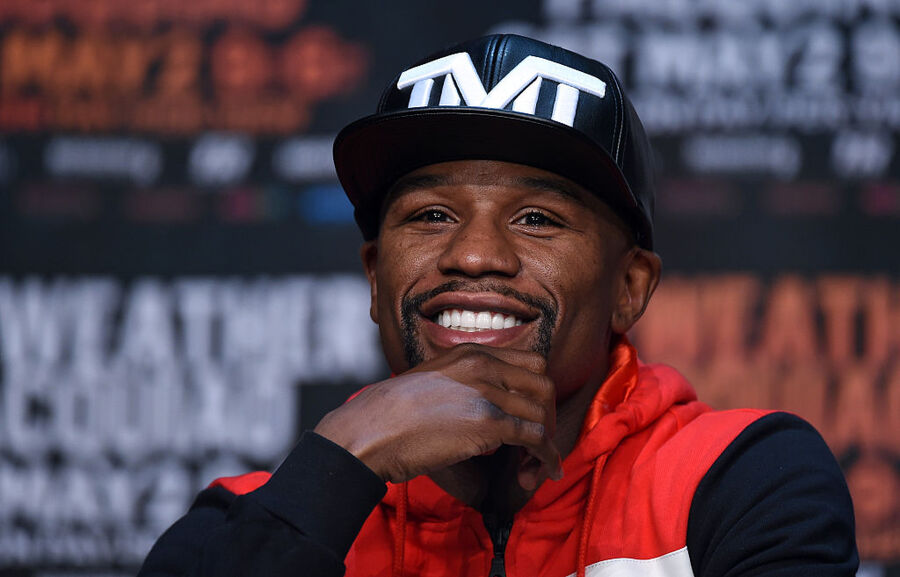 "AB, he's still young, so I feel like, AB, he's got a lot left in football; at least four more years. Super fast, he works out on the regular," he said. "I'm happy for guys like Alex, AB, great people, great families. I had the chance to meet AB's mom, a great woman, and I think AB is just misunderstood, and he just want to be treated fair."

Mayweather then offered a commitment to any NFL team that would take a chance on Brown:

"This is for any team that's watching right now; we'll make them a deal. If they sign AB and AB go through the whole season [with] no problems at all, then they got to give us $20 million. But if he mess up, then we've got to give them $20 million. So if any team want to match that then reach out to us."

Brown's one-year contract with the Bucs last year was for up to $6.25 million, so this would be quite the pay increase. We've gone over Brown's previous issues and challenges before, and it's cost him quite a bit of money over the years.

Is a deal on a podcast legally binding? Certainly not, though Mayweather, Brown, and an NFL team could potentially hash out language in the contract that stipulates these terms. However, there'd have to be a clear definition of what "problems" and a "mess up" would look like.

Since leaving the Bucs, Brown has partnered with Kanye West's Donda Sports. Now, Mayweather is trying to get him back on the football field.

We'll see if a team ends up taking a chance on the receiver. If this happens the way Mayweather envisions, it would go down as one of the most bizarre contracts in sports history.