On August 26, just 24 days from today, Floyd Mayweather and Conor McGregor will square off in a boxing ring. It's easily the most highly hyped and highly anticipated sporting event in years. Perhaps the most anticipated event since Floyd boxed Manny Pacquiao in 2015. And as with any Floyd fight, there's a lot of rumblings and grumblings related to how much money he will make from the event.

Floyd's current career earnings stand at $730 million. His highest paycheck of all time came, not surprisingly, from fighting Pacquiao. He grossed $250 million for this fight alone.

For Floyd to make $250 million off the Manny fight, 4.6 million people had to buy the bout on Pay Per View. Not only that, but when you add up all revenue sources (ticket sales, merchandise, sponsorship's, etc.) the Mayweather/Pacquiao fight generated around $620 million. In other words, at $250 million, Mayweather took home around 40% of the total revenue generated.

As of this writing, Vegas analysts are predicting that 5 million people will spend $99 to purchase the Mayweather-McGregor fight on PPV. If that happens, it's likely that the fight total revenue from all sources will top $700 million. Using the same 40% cut mentioned previously, Floyd's paycheck for the McGregor fight could theoretically be $280 million, bringing his total career earnings up to $1.01 billion. 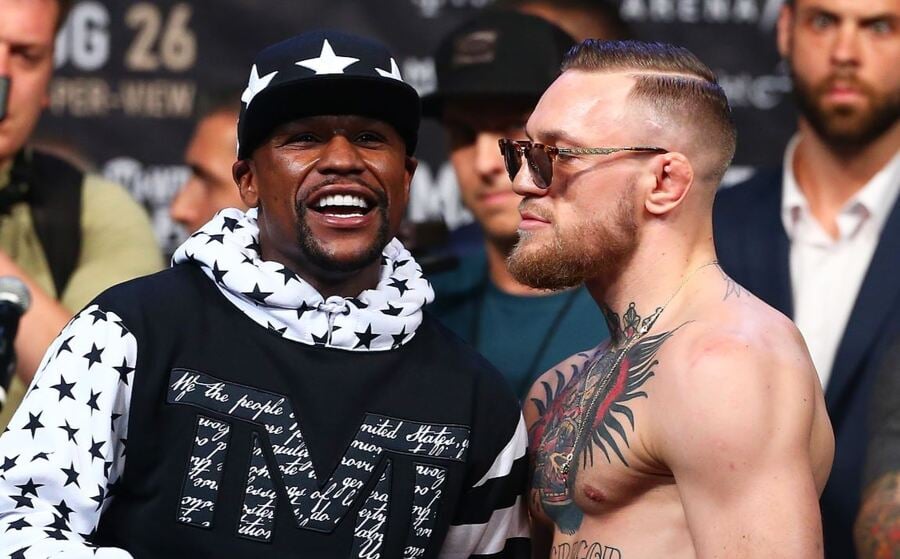 Is that likely? Floyd certainly thinks so!

On a recent episode of Showtime's "All Access: Mayweather vs McGregor", Floyd said the following:

At that level, Conor would earn around $100 million.

Do you think Floyd will earn $300 million? More? Less?