Talk of a potential Floyd Mayweather–Conor McGregor bout has been going on for some time now, but heated up recently after McGregor easily defeated Eddie Alvarez at UFC 205. Since then, the undefeated boxing champ and reigning UFC Lightweight Champion have been exchanging barbs through the media, with both fighters claiming that they want the fight to take place. McGregor himself even received a boxing license in the state of California late last year, which led many to believe that the fight would be happening sooner rather than later. But why hasn't the potential superfight been agreed to and confirmed yet? According to Mayweather, the issue is one thing, and one thing only; MONEY.

Floyd Mayweather appeared of ESPN's First Take on Wednesday to discuss a bevy of issues, including the potential superfight with Conor McGregor. When asked about the status of the potential fight, the 39-year-old said that the reason it isn't happening is because McGregor is not accepting the terms drawn up by his camp.

"We tried to make the Conor McGregor fight," said Mayweather. "They know what my number is. My number was a guaranteed $100 million.  That was my number. Now, we're the A-side and I don't know how much Conor McGregor has made but I'm pretty sure he hasn't even made $10 million in an MMA bout … But we're willing to give him $15 million and then we can talk about splitting the percentage on pay-per-view." 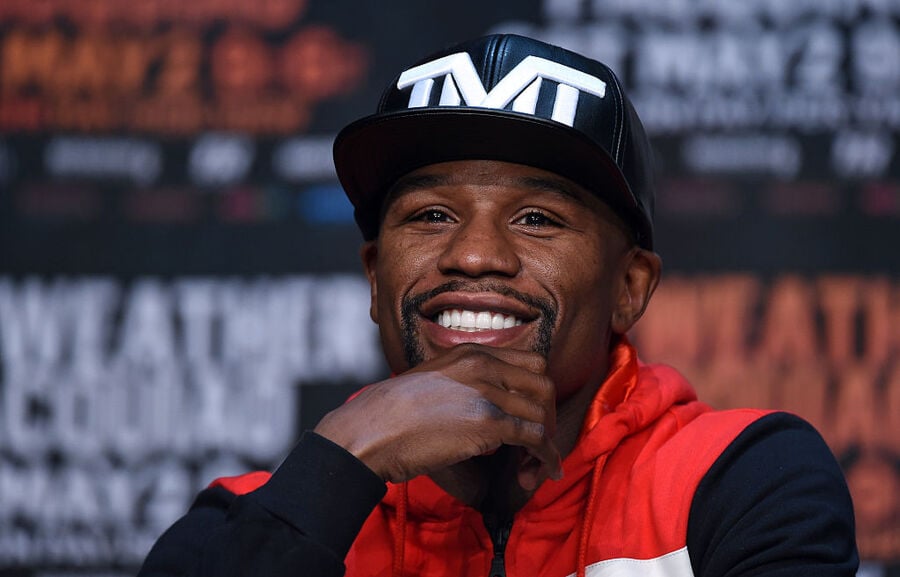 McGregor won't accept the $15 million offer if he sticks to the demands he made back in November, when he said that he would want $100 million to fight Floyd. But Floyd doesn't think that McGregor should receive that amount in a fight, because he has never made anywhere near that amount for a UFC bout. Floyd continued, "Again, we're the A-side," said the retired boxer. "How can a guy talk about $20 million or $30 million if he's not made eight or nine?"

McGregor reportedly earned a record disclosed purse for a UFC bout when he defeated Nate Diaz in UFC 202 in August of last year. He received $3 million (not including PPV bonuses), for that fight. McGregor's earnings for his fight at UFC 205 have yet to be disclosed, but more than likely eclipse the amount he made at UFC 202.

Mayweather, who hasn't been in the boxing ring since defeating Andre Berto in 2015, says that he probably wouldn't come out of retirement for any fight other than a potential bout with McGregor.

"But honestly only thing, I'm probably interested in is the Conor McGregor fight. I'm a business man and it makes more business sense," said Floyd.

Let's hope we can see this superfight sooner rather than later.