We all know that Floyd Mayweather and Conor McGregor are in for a huge payday thanks to their August 26 fight. The fighters went into the bout with $30 million guaranteed to Conor, $100 million guaranteed to Floyd. That's money just to show up healthy and ready to fight. That's before merchandise, ticket sales, beer sales, endorsements, and MOST IMPORTANTLY Pay-Per-View. Prior to this fight, the record for most PPV's ever sold for a single event was 5.6 million from when Floyd fought Manny Pacquiao in May 2015. Of those 5.6 million, 4.6 million were North American buys. When it was all said and done Floyd was paid $250 million for the fight and Manny was paid $130 million.

For the Mayweather/McGregor fight, early indicators predicted that the fight would sell right around the same number of PPVs as the Pacquiao fight, aka 5 million. People weren't sure that the general public would care about a 29 year old UFC fighter facing off against a 40 year old undefeated boxer.

But as the hype built over the months leading up to the event, thanks largely to Conor's out-sized personality and trash talking abilities, people started whispering 5.5 million… perhaps even 6 million PPV buys.

Well, if Dana White is to be believed, the actual number might be 6.5 million. That's the number Dana claimed earlier today during an interview with Sports Illustrated. So the payday numbers might end up being even higher than anyone could have imagined. 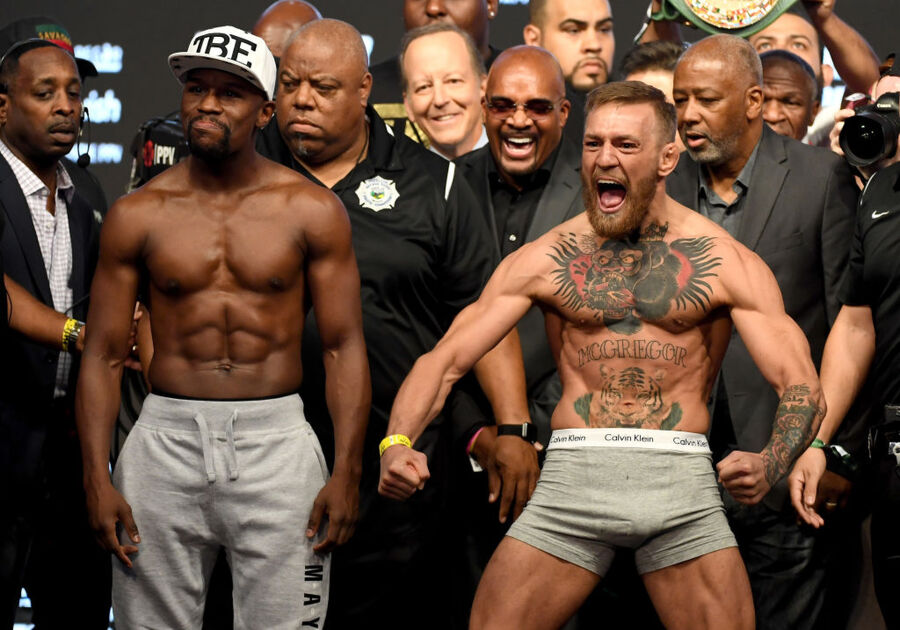 Now as a caveat, the 6.5 million Dana threw out might be the worldwide total. The reason that is significant is because the price for the PPV overseas was much less than in North America. In some locations around the world the event was only $20, as opposed to the $100 people paid in the US and Canada.

If Mayweather/McGregor truly did 6.5 million North American PPV buys, it's likely that Floyd will earn $350 million and Conor will earn $150 million.

And btw, it's estimated that 3 million people watched the fight illegally. Can you imagine if Showtime found a way to crackdown on those people and forced them to actually buy the real event? Today we'd be talking about a $400 million+ payday for Floyd and perhaps $200 million for Conor. Truly mind blowing.

We'll keep you updated as the final final numbers are reported!