We're coming up on perhaps the most hyped match the boxing world has ever seen. Floyd Mayweather will square off against Conor McGregor in a superfight on August 26 at the T-Mobile Arena in Las Vegas.

Mayweather (49-0, 26 KO) has consistently said the only way he'd return for his 50th fight was with a nine-figure payday. At a bare minimum, he'll get that. If everything goes his way, he could make nearly half a billion dollars.

Mayweather will make $100 million as a baseline for the fight, while McGregor will earn at least $75 million. That's five times more than he's ever made in any UFC event.

Though McGregor (21-3, 18 KO) has made plenty from endorsement deals, he's never seen this kind of paycheck simply for fighting. And he could make an additional $52 million if certain monetary values are met. 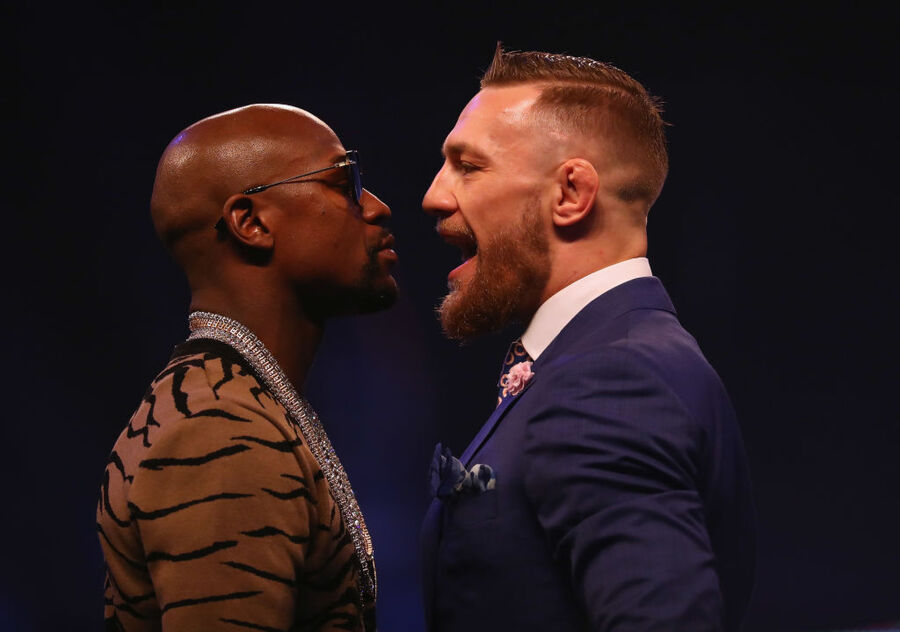 According to Boxing Kingdom, if the pay-per-view numbers are hit, McGregor stands to earn a purse of $127 million. Mayweather, meanwhile, could make $400 million, which is $150 million more than he's ever made in the ring.

All of these numbers are still just estimates. The two sides have a confidentiality agreement that limits what they can share publicly. The day before the fight, the Nevada State Athletic Commission will release the purses, but those won't include PPV, gate percentages, and other bonuses.

No matter what happens in the ring Saturday night, Mayweather and McGregor will be set for life. UFC President Dana White expects McGregor to defend his UFC Lightweight title, but no one would blame the Irishman if he decided to retire with an obscene amount of money and ride off into the sunset.