Floyd Mayweather just revealed his intention to fight Manny Pacquiao again. The 41-year-old boxer made the announcement over instagram exclaiming that "another 9 figure pay day [is] on the way".  If you'll recall, the fighters faced each other for the first time, after many years of anticipation and buildup, in 2015. Mayweather ended up winning the fight by unanimous decision. It was a controversial fight because the action was somewhat disappointing and it was eventually revealed that Manny was fighting with an injured shoulder. Nevertheless, the fight produced a record 4.6 million pay-per-view buys which allowed Floyd and Manny to earn enormous paydays.

For the fight, Floyd earned a total of $250 million (pre-taxes) fighting Manny back in 2015. Before the fight even occurred, he paid himself a $100 million guarantee. Manny ended up earning $130 million.

No other details about the future fight were given, though it's been implied that Floyd intends for the fight to happen in December. I'm frankly not sure if he means December 2018 or 2019. Would he be able to get into fight shape and make a full comeback in around 3 months? Unlikely. 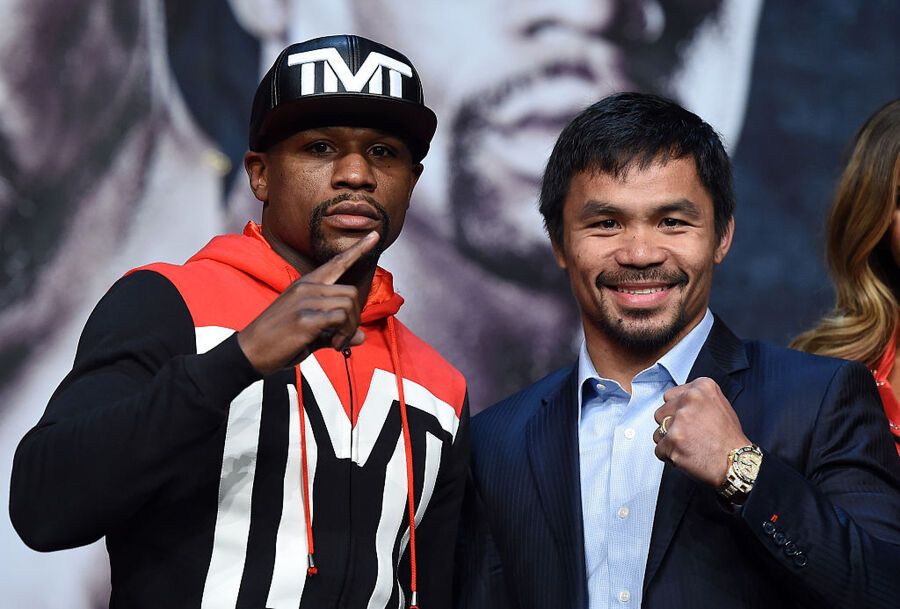 Floyd fought twice more after defeating Manny in 2015. His total career earnings as of this writing are $1.1 billion. Floyd Mayweather's current net worth is $560 million.

Manny's total career earnings are a shade over $400 million as of this writing and his net worth is $190 million.

Included in Floyd's instagram post was a video in which the fighters appear together at a music festival in Tokyo. They trade some verbal jabs. Manny tells Floyd that HE has the belt right now. Floyd responds:

"I'm going to take it from you like I did before."