The Miami Hurricanes defeated the Florida State Seminoles 27-10 this past Saturday. It was the Hurricanes' most lopsided victory in the long-time rivalry since 2001. The loss dropped the Seminoles to 4-5 on the year and Willie Taggart moved to just 9-12 as Florida State's head coach over a season and a half.

That's quite a fall from the team that won the 2013 National Championship. And in danger of back-to-back losing seasons for the first time since 1975 and 1976, Florida State needed to make a move.

That move turned out to be firing Taggart. But it's going to cost Florida State dearly. 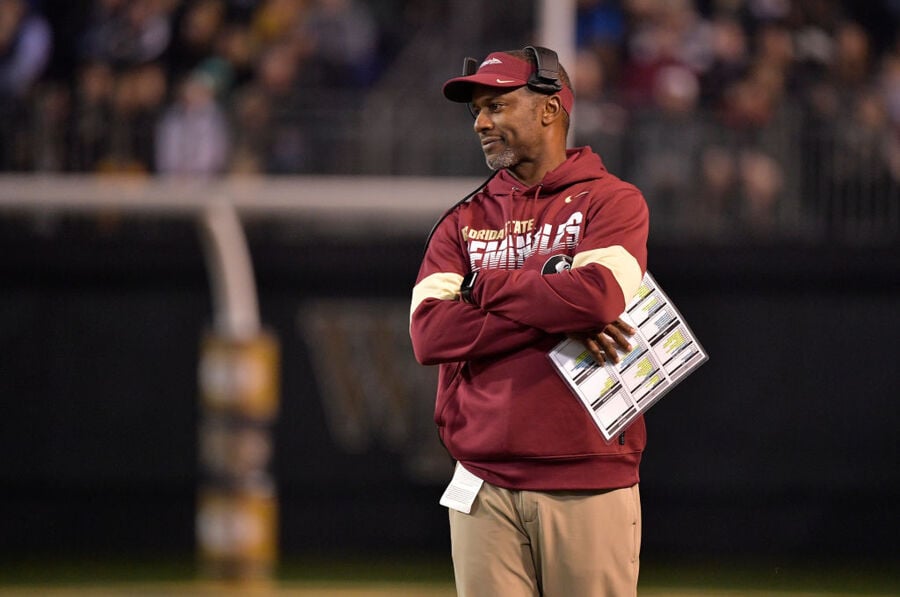 Taggart's buyout will come out to just over $18 million. That's the second-largest buyout ever in college football, second only to Charlie Weis, who received $18.9 million after he was fired from Notre Dame. Since Florida State will likely fire the assistant coaching staff, too, the total money owed will likely be closer to $22 million.

And that total doesn't even factor in the incoming coaching stuff. It's very likely Florida State will be on the hook for $30 million or more at the start of next season.

Terms of the buyout haven't been revealed. Florida State may try to pay a lump sum, or they may divide the money out over the next several years.

In Weis's case, Notre Dame fired him in 2009 but continued paying him until December of 2015. Florida State may want to avoid a situation like that, but financially it could make more sense.

Whatever they decide to do, the Seminoles are in the midst of a rebuild. Their new coach will have to be ready to handle that challenge – or we could be having this conversation again in just a couple of years.