Philadelphia Eagles DT Fletcher Cox had his best season as a pro last year, racking up 71 tackles and 9.5 sacks while forcing three fumbles and anchoring Philly's defensive line. The Eagles rewarded him accordingly, with a big contract – a record-setting one, though it's not without a caveat.

Cox signed a six-year, $103 million extension, with $63 million guaranteed against injury. That's more than any other non-quarterback has ever made. The biggest problem with the deal, though, is that Cox isn't ever going to see all of that money.

His cap hit is simply going to be too much for the Eagles to handle. The extension begins in 2017; by year three, Cox will take up $22 million against the salary cap, and will eat up $20.3 million of the salary cap the following season. Those are big numbers for anybody, but they're especially tough for a non-quarterback.

However, if the Eagles release Cox after the fourth season of the extension, his dead cap figure drops to a much more manageable $6.4 million. The dead cap refers to players who have been released by a team, but still count against the salary cap. In years five and six of the contract, Cox won't have any dead cap space, so the Eagles can essentially release him without penalty if he underperforms on the field. 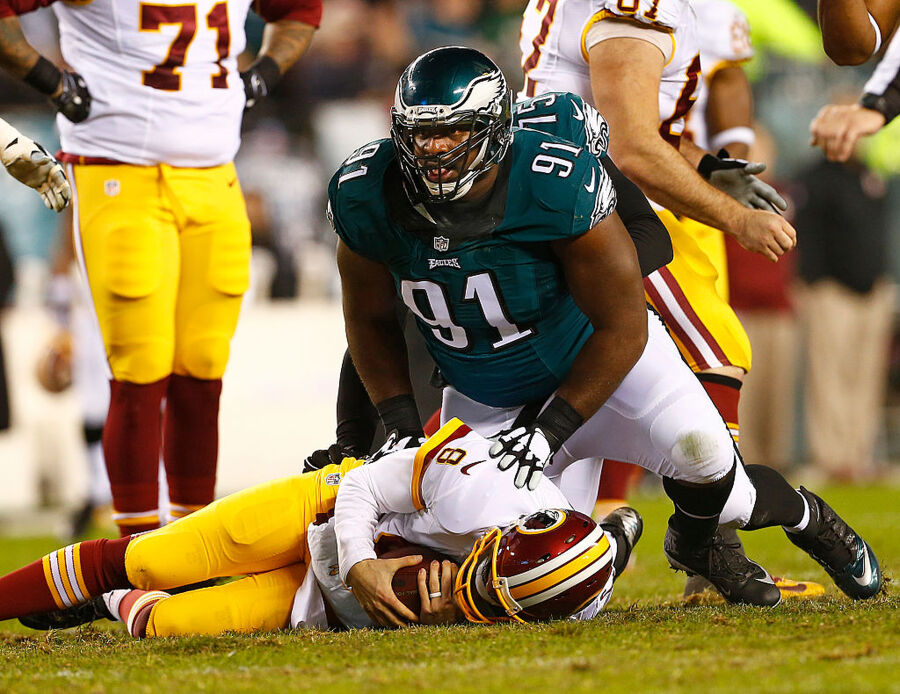 In reality, that makes this contract more likely to be a two-year deal for just under $43 million, or a three-year deal for a shade under $60 million. If Cox regresses as a player, the Eagles can cut him with minimal financial damage. If he continues to perform at a high rate and improves, Philadelphia can restructure the contract halfway through. It's really a win-win for the team.

Cox does have one bargaining chip, though, provided he maintains his solid play. If the Eagles do decide they want to restructure his deal, he can ask for more money since he'd be giving the team financial flexibility by freeing up more cap space. Granted, that requires him to have two or three more healthy, productive seasons, but so far, Cox has only missed one game in his career, which is pretty impressive for anybody, let alone a defensive lineman.

Interestingly enough, it could be a player on the other side of the ball who affects Cox more than anyone else. Philadelphia's recent draft pick, Carson Wentz, who was taken No. 2 overall, is on his rookie deal through the 2019 season. Despite his high selection, Wentz is still considered to be on a bargain deal, since all rookie contracts have ceilings in terms of dollar amounts.

If Wentz becomes the franchise quarterback the Eagles are hoping he can be, he'll be due for a monster extension headed into the 2020 season. That'll be about the time Philadelphia will consider giving Cox a big payday, too. It's unlikely they could keep both, so Cox may be spending his next few seasons auditioning for a new team.

One thing remains certain, though: if Cox keeps performing on the field, he's going to be paid handsomely. It just might not be the Eagles, who end up doing it.