By Travis Pulver on September 13, 2015 in Articles › Sports News

The preseason is over. No more worthless games. No more sitting superstars just because. No more scrubs getting all the playing time. It is time for the real deal. Are you ready for some football?

As much as fans are ready to enjoy some football again, the players are just as eager to get back to playing the game they love. When they do, they typically like to do it with as few distractions as possible – especially contract issues.

No one likes to talk contracts during the season, and no one likes to play out the final year of their deal without an extension (they'd be distracted by a lack of job security). There were a handful of major players who were going to have to do just that, but in the days leading up to the start of the season, deals were struck and contract extensions signed.

Oh – and a lot of rich football players got a whole lot richer.

Dareus stated during the preseason that he has a desire to feel loved and appreciated, but to him, a six-year, $90 million deal did not say love. He didn't end up getting much more, but he didn't do half bad: six years, $96,574,118 with a $25 million signing bonus, and $42.9 million guaranteed at signing (with up to $60 million guaranteed over the life of the contract).

The future for the Indianapolis Colts looks pretty bright with Andrew Luck at the helm, but that is only if he stays healthy enough to play. So far, left tackle Anthony Castonzo has done a pretty good job of protecting Luck so the Colts decided to make sure he would continue to do so into the near future.

Colts head coach Chuck Pagano described the deal as "worth every penny." With $43,812,000 coming Castonzo's way over the next four years ($14 million signing bonus, $35 million guaranteed), the big man is going to be getting quite a few pennies.

At Boston College, Kuechly was a tackling machine, and since being drafted by the Panthers, he has remained one. Since being drafted back in 2012, he has made more tackles than any other player in the NFL (473). So to make sure he kept doing that for the team, the Panthers front office decided to pay him what he is worth, and make him the highest paid inside linebacker in the game (five-years, $62 million).

Manning had stated that he was okay playing out the final year of his contract, but the Giants front office had no intention of allowing that to happen. According to the rumor mill, negotiations stalled because Manning was insisting that he become the highest paid player in NFL history; a notion that he and his agent vehemently denied.

In the end, he was paid pretty well. He got a four-year contract extension worth $84 million, including a $31 million signing bonus and $65 million guaranteed. A no-trade clause was included as well, which was apparently an issue. 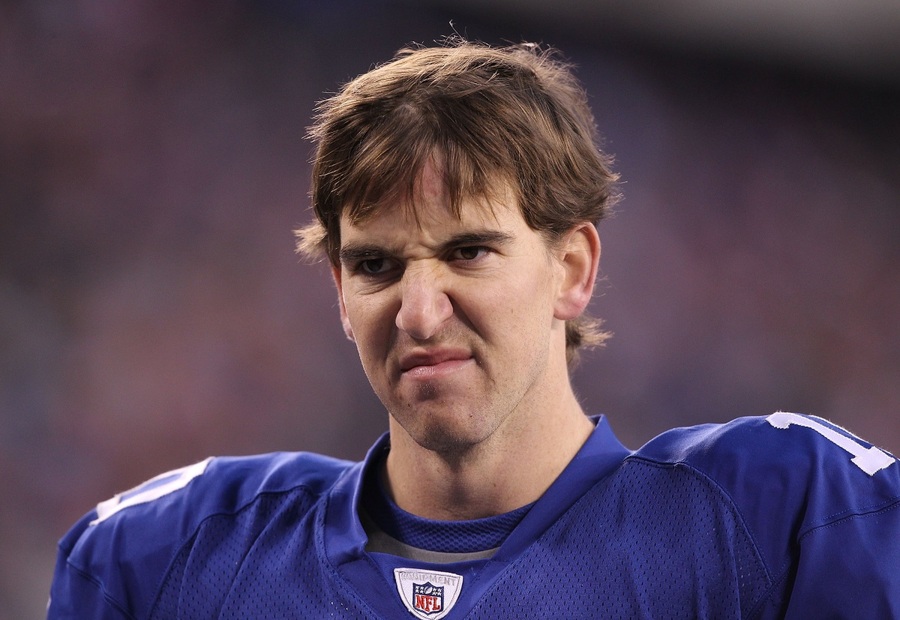 The off-season of the wide receiver would not be complete without Bengals wide receiver A.J. Green getting a deal. After Dez Bryant, Julio Jones, and Demaryius Thomas set the market he knew he wanted somewhere between $14 million and $16 million a season; more than Dez and Demaryius, but not as much as Calvin Johnson.

After recording the fourth highest total for the first four years of his career in NFL history (4,881 yards), he knew he was worth a lot, and apparently the Bengals do too. He signed a four-year extension for $60 million with a signing bonus of $15 million and $32,750,000 guaranteed.

Between his current contract and his extension, he'll make over $32 million by next March.