The Final, Final, Final Paycheck Numbers For Mayweather-Pacquiao Were Just Released… And They Are Staggering!!!

When Floyd Mayweather and Manny Pacquiao finally agreed to fight back in May, there was one thing we knew was going to happen: These guys were going to make a ridiculous amount of money for a single night's work. In the weeks since the fight, we have heard all kinds of speculation and rumors as to what the final numbers would be. Well, it looks like we now have a really good idea as to what those final numbers are going to be, and as expected, they are absolutely ridiculous.

As a Nevada resident, Floyd will pay $90 million to the IRS after deducting an estimated 5% of his earnings for fight-related expenses. There is no state income tax in Nevada. In other words, Floyd will deposit $130 million into his bank account thanks to this one fight. 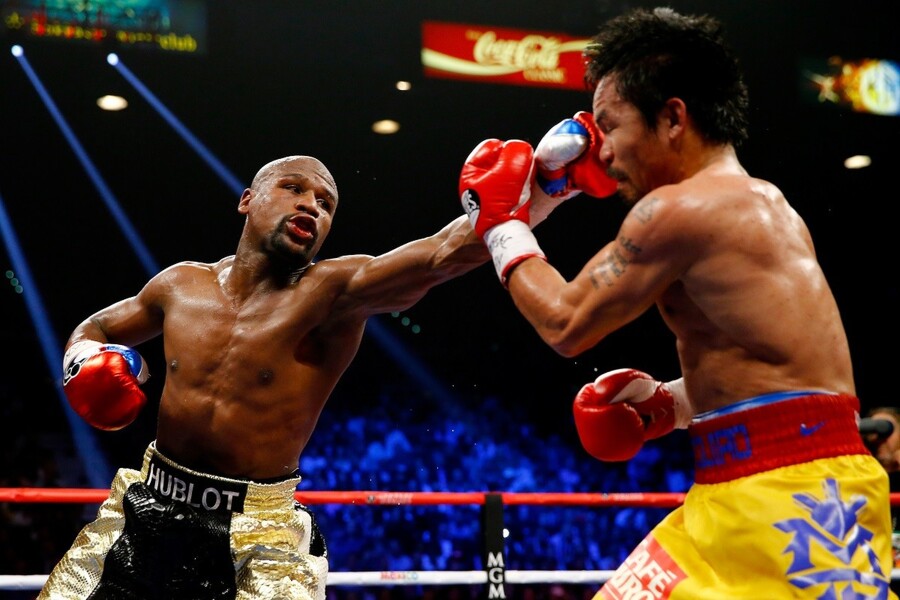 Crazy, right? Well – what's even crazier is what other professional athletes have had to do to earn as much over the course of their careers compared to a single night's work for Floyd and Manny:

So Mom and Dad, next time junior comes home and says he got into a fight, don't be mad. If he's any good, it could be the road to easy street for everyone.