If you grew up during the 90s, you likely owned a pair of Fila shoes. The brand was known for its almost entirely white canvas coupled with a boxy shape. They were a blend of athletic apparel and lifestyle: you could feel just as comfortable rocking them during a game as you could on a night out.

Then, Fila almost completely disappeared. But thanks to a man named Yoon Yoon-Su (known as Gene Yoon in America), the brand is back and thriving. And through Fila Korea, Inc., which owns the global Fila brand, Yoon is worth an estimated $830 million because of it.

Yoon, 74, and his family own about 20 percent of the company, which is worth about $4.3 billion. The business tycoon had aspirations of being a doctor growing up, after his mother died from typhoid and his dad from cancer – both before Yoon graduated high school.

However, after failing three times to get accepted into medical school, Yoon set his sights elsewhere. He graduated with a degree in political science and diplomacy in his 30s, and his advanced age made it difficult for him to find work.

He started at J.C. Penney, purchasing products in Korea to sell in the United States. From there, he found an opportunity at Fila, convincing the brand to sell shoes in South Korea. Yoon's been with the company since 1991, and he's certainly branched out from the Korean market. Fila has a presence in more than 70 countries. 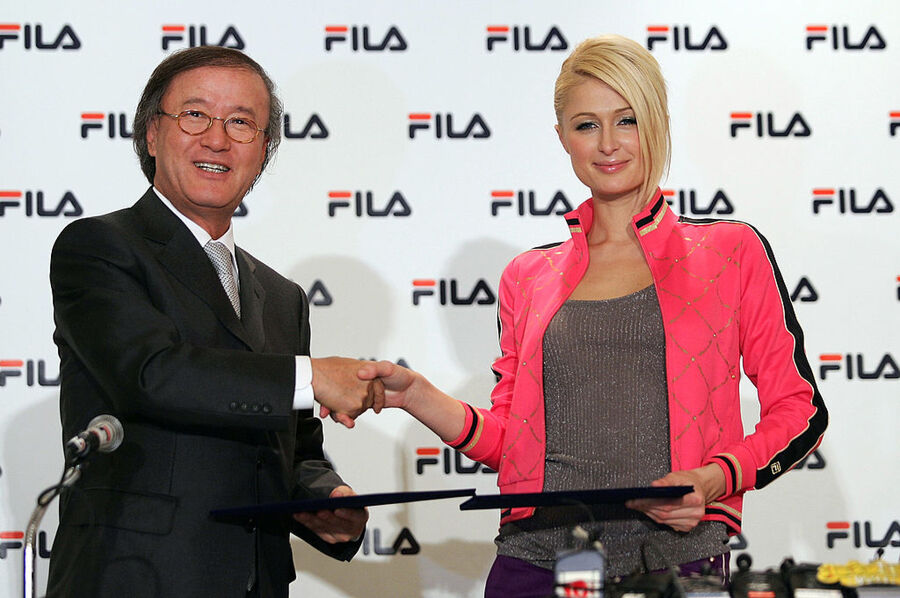 There are three big reasons for Yoon's success. Here's how Fila revived itself to once again become a player in the shoe market.

The main color of the classic Fila Disruptor shoe is white, with small red, white, and blue logos on the tongue and down the side. Other color schemes similarly eschew fancy designs, embracing more of a solid color feel.

Rather than trying to create something flashy, the company embraced people's love of nostalgia. Fila brought back The Disruptor 2 in 2017.

The move worked wonders. The Disruptor 2 was at one point among the most purchased women's shoe on the market. Fila estimates it's sold more than 10 million pairs of that shoe line.

Having strong influencer relations is huge for apparel brands, especially among a millennial audience. If younger customers see their favorite celebrity rocking a brand, they'll be more interested in purchasing it.

Fila got love from both Rihanna and Kendall Jenner, two massively huge stars. They've each been spotted in Fila gear. Paired with relatively low prices, Fila looks good in the key millennial demographic.

Pairing it with other smart investments

The final part of Yoon's vision was to invest wisely. Beginning in 2011, he built a majority stake in a company called Acushnet Holdings Corp., which makes Titleist golf balls. Fila Korea brought in $2.6 billion revenue in 2018, with $1.586 billion (61 percent) coming from Acushnet.

Success begets success, and Fila's footwear and apparel sales followed in Acushnet's…ahem, footsteps. Those sales increased by 52 percent, leading to more than $1 trillion for the company.

Throughout it all, Yoon has remained humble. He said in an interview that he wanted his epitaph to say he "worked hard." Bringing a company back to prominence qualifies as just that – and then some.