Fernando Tatis Jr. Just Signed One Of The Biggest Deals Ever – And Now He Owes An Investment Firm Millions

Earlier this month, Fernando Tatis Jr. signed a massive 14-year, $340 million deal with the San Diego Padres. Barring a trade, the move will keep the star shortstop in San Diego for much of his career. It will also set him up financially for life – though he's already going to lose a big chunk of those future earnings.

When Tatis Jr. was only 18 years old, he was simply a kid with a dream, a lowly prospect who had come from the Dominican Republic and was trying to catch on in the Padres farm system.

The Wall Street Journal reported Tatis Jr. signed a contract with Big League Advance, an investment firm that began raising money in 2015. As the name suggests, Big League Advance partners with young players, paying them an advance on their minor league salaries in the hopes they hit it big in the majors. 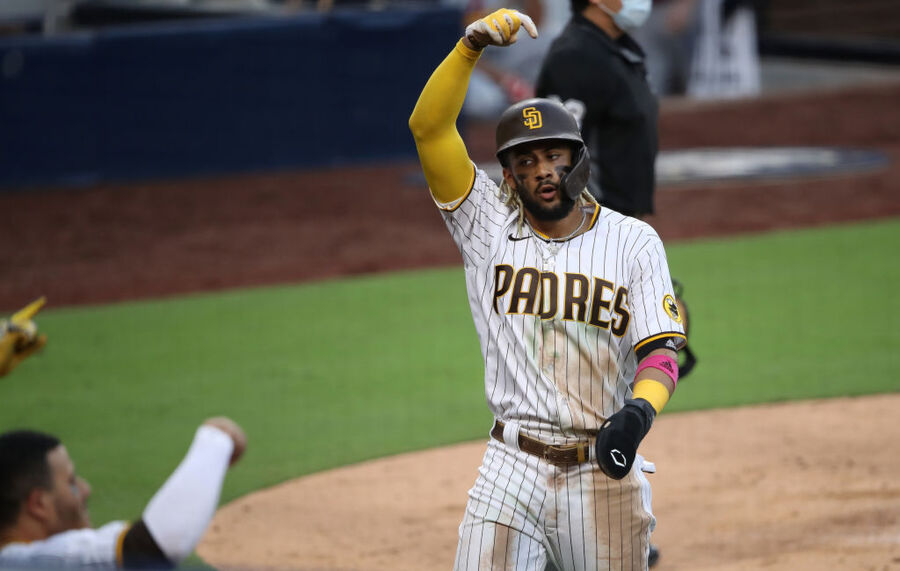 It's similar to other kinds of investing, like the stock market, real estate, or venture capital funds. To date, Big League Advance has invested an estimated $150 million in about 350 players. In many cases, the players never reach the major leagues and the company doesn't see that money come back. But it was only a matter of time before a player bagged a mega deal — and Big League Advance reaped the rewards.

Big League Advance selects players to invest in based on an algorithm and makes an initial offer. Players can choose what percentage of money they're willing to give up. The higher the initial payment they receive, the bigger the percentage they'll have to pay should they make the majors. Founder Michael Schwimer said the company receives, on average, an eight percent cut of a player's major-league earnings.

It's unknown how much Tatis Jr. agreed to with the company, both in terms of his initial advance and the amount he owes. However, an agreement of eight percent would cost him $27.2 million.

Schwimer is a former major leaguer, so he's aware of how hard it is to get to the show. Critics of Big League Advance say the company preys on young players that may not fully understand what they're signing. And the Major League Baseball Player Association has distanced itself from Big League Advance, even warning players to "proceed with caution" with any kind of deal.

But Schwimer insists everyone knows what they're getting into. For Tatis Jr., the security of an influx of cash of likely more than $1 million was worth giving up some future earnings.

When all is said and done, Tatis Jr. will still make a ton of money. But between state and federal taxes, agent fees, and his payment to Big League Advance, that massive deal is not nearly as enormous as it appears.