With the nickname "O Mágico," you'd expect Philippe Coutinho to be a terrific player. FC Barcelona is hoping for just that as they signed the midfielder/winger to one of the most expensive soccer contracts ever.

Coutinho's transfer fee from Liverpool to FC Barca is reportedly $170 million, which is the most Barcelona has ever paid to get a player from another club. It makes Coutinho the third-highest-paid soccer player in the world, behind only Neymar ($263 million) and Kylian Mbappe ($214 million), who both play for Paris Saint-Germain.

The deal will keep Coutinho on FC Barcelona for the rest of this season plus the next five. The contract also contains a $481 million buyout clause should the club and player decide to part ways. 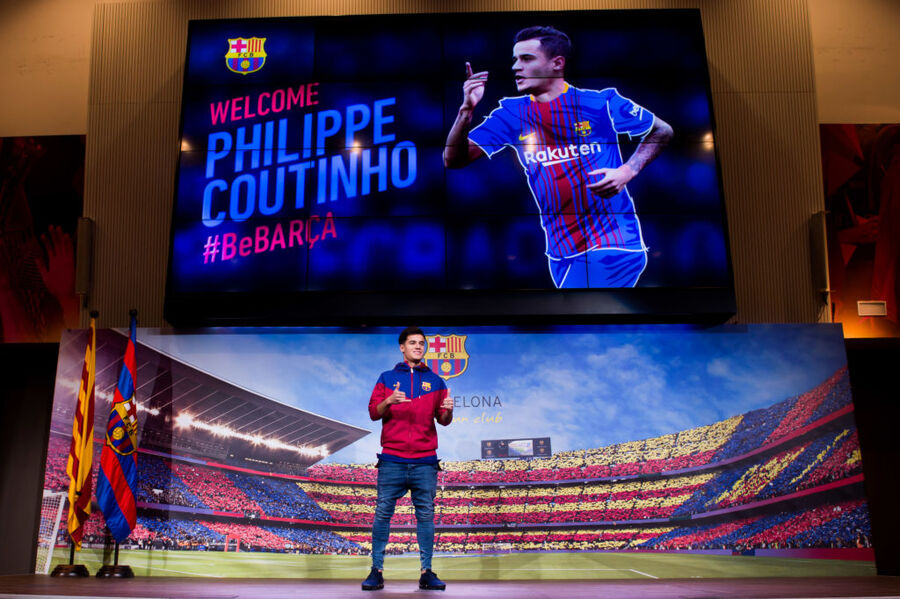 Barcelona had been trying to obtain Coutinho since July. The Brazilian expressed interest in playing for the club, but Liverpool didn't want to part with Coutinho, who they called a "fantastic player."

However, Coutinho's continued interest, as well as the impressive play of Liverpool's Mo Salah, opened the door for the transfer. Coutinho had played for Liverpool since 2013, joining the club from Inter Milan. He has seven goals so far this season and scored 54 in 200 matches with Liverpool.

Coutinho said the move was a "dream come true." Now let's see if he can help fulfill Barcelona's dreams by leading the team to a championship.